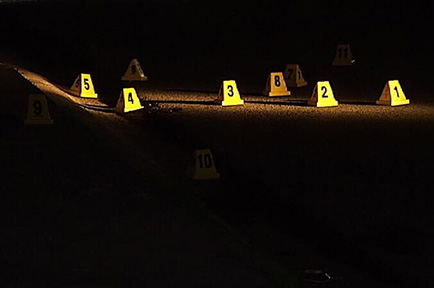 The Antioch Police Department confirmed Monday it was investigating a pair of shootings over the weekend in the City of Antioch.

According to Acting Lt. Lowther, he said one shooting occurred on  Lemontree Way and another at the Antioch Marina.

On May 16 at approximately 11:00 pm, a 42-year-old male was shot as he was walking in the 2100 block of Lemontree Way. Police say the man was approached by a subject in a mask where he was pistol whipped before being struck by a single gunshot. Police had no details of how the incident started and the victim was not cooperative with police.

On Saturday at 12:25 am, an argument occurred in the Antioch Marina involving a 21-year-old male when a shooting occurred. Police said no injuries were reported in the shooting, but officers were able to locate 29-rounds that had been fired off.

Lowther said no other information was available on either incident.

Mayor. Clean up your city

The year to date total so far will easily be doubled by summer time.

Firing 29 rounds at the Marina is pretty crazy since the police station is next to it. Goes to show people don’t really give a F ! smh

I don’t see the 18 year old girl killed on Sunset in the police notes.