Editorial: 2019 Was Banner Year for Speed and Chaos

As we say goodbye to 2019 and begin 2020 with New Year’s Resolutions we hope we can keep, I cannot help but feel that this past year was a combination of speed and chaos.

It seemed like everyday we would wake up to something shocking going on whether it was in Contra Costa County or something said in national politics that was sparked from a Tweet—but I shall digress. But there is no denying it, 2019 moved at light speed.

Between covering all the vehicle crashes, fires, PG&E power shutoffs and local politics, there was too much going on to digest everything. I actually feel sorry for most residents because with so much noise locally, within the state, and nationally, you may wake up one day and wonder “how did that happen” or “why was that decision made” and “why are vineyards being tore up for more homes”.

It appeared to me that local leaders across Contra Costa County were more afraid of their own shadows instead of attempting to do some meaningful economic development work. Lots of punts on tough decisions but they were quick to act on feel good policy that will have little to no effect on a community while being “all in” on phony propaganda outreach with no real messaging–Antioch is the poster child for this with their nearly $1 million campaign on “opportunity”.

My gut tells me 2020 should be more of the same as we enter an election year with elections in March and in November where we will likely become even more divided than we are now—I do hope I am wrong.

In terms of 2020, my hope is we can have less political correctness and instead address the issues head on, become better listeners, agree to disagree at times and relearn respecting one another. Basically, become the opposite of what social media is turning us all into which is a knee-jerk reaction society and begin to better understand one another.

Honestly, with so much going on, I have to admit, it is easy to become judgemental because its easier to respond quickly and get it off your plate than fully digest something for what it is–the phrase “sorry, not sorry” comes to mind. Remember, what is someone else’s reality does not make it your reality.

As 2020 kicks off today, I would encourage every person to become involved in their city and begin paying attention to what is transpiring or not transpiring. Crime is still a major issue thanks state legislators, blight and illegal dumping has not improved, homelessness is worse regardless of money thrown at it, economic development is non-existent and our roads are a major concern and of course our fire service continues to be a two-decade old problem.

Going into an election year, there are some major issues that need to be tackled and planned for. Remember, the more input and engagement provided, the better off we will all be so get involved and get educated.

Top 15 Stories in 2019 based on number of website clicks included:


A story came out last Saturday by the Associated Press claims Contra Costa County no longer has thriving daily newspapers. This is true, for newspapers, but online news is thriving—take 2019 for example, this website grew by 1.44 million-page views. Our social media platforms also saw growth.

May pals at both Claycord and News 24-680 also saw growth.

Yes, advertising revenue has become much harder to come by, the model continues to change, but lets be real for a second. News has become a commodity and anyone with a cell phone and a social media account can publish news on the cheap. 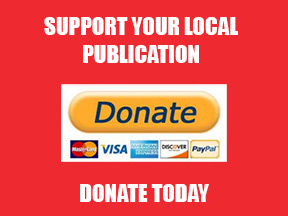 This is backed up by the fact just 1-in-5 people are willing to pay for news. People will go get info where they do not have to pay for it… which is why we have a donation model versus a subscription model because community should have access to information.

Sadly, Rep. Mark DeSaulnier is pandering to a dying industry that has failed to adjust to technology–all because of nostalgia. Instead of working with technology, print media is blaming Google and Facebook. I say embrace Facebook and Google as they have helped me stay in business and grow this service–it is not just in media, but every business should embrace them as we enter the next decade.

Kick off 2020 with an ECT Donation

If you like the service this website provides and look forward to 2020, donations are always accepted and appreciated since advertising revenue is becoming harder to get by the day.

A one-time tip of of any amount or a monthly contribution of just $1 is a huge help. To support ECT with a donation, click here.

Nice editorial. The only thing that matters to me in 2020 is Antioch residents vote out the current city council who have shown no leadership. Joy Motts, Lamar Thorpe and Monica Wilson must be replaced. If someone runs against Mayor Wright, I would also consider voting for them because the mayor has been a huge disappointment but we cannot elect someone who would take us backwards either.

I would like to see people be more responsible on Highway 4 and on local roads. Its scary how poorly people drive these days. Just the other day on Lone Tree by Lowes, people continue to run the red light blocking traffic. It is bad. There are many roads I do not even drive on out of fear such as James Donlon, W Leland just to name a few.

With you 100 percent Mr Simmons.

Good job. Will the county and city leaders gather anything from this ? Probably not because feel good stuff is all they have the guts to tackle. When it comes time to vote people, think about how your quality of life has been reduced because local politicians inactions. The tax money is there, that’s not an excuse anymore. Our Roads are shot , substandard, and people are sitting in their cars longer because the transportation decisions are not being implemented by our elected supervisors and city councils. Remember that people on
Election Day! Remove the do nothing politicians! There are better leaders out there.