Police have identified the male shot by police as Frank Correa.

According to Beard, the incident included 16 spent 9-mm casings which were fired by Correa in the direction of the domestic violence victim or Oakley Police officers.

Here is Beards Statement Below:

I am releasing additional information to the public, to include a partial audio clip of what was captured via our body worn cameras during the early morning of August 26, 2022 when one of our officers shot Frank Correa in order to end a deadly encounter with him.

I have done a preliminary review of documents and body worn camera footage and all involved Oakley Police Officers have been interviewed by members of the Contra Costa County District Attorneys Office. Additionally, the entire crime scene (a residence in the 1800 block of Teresa Lane) has been forensically processed by the Contra Costa County Sheriffs Office Crime Lab and a large amount of evidence has been collected.

I have been made aware a minimum number of 16 spent 9mm casings were collected during this investigation, each one of those rounds are believed to have been fired by Correa in the direction of the domestic violence victim or Oakley Police Officers. I can personally attest to speaking to all of my involved officers and some of them have reported to me they felt debris striking them in the head and lower legs from bullets passing through vehicles, producing secondary projectiles, or from bullets ricocheting off of the ground. One of my officers received a wound to his forearm from a piece of a vehicle that was blown off by a bullet fired by Correa.

During the review of body worn camera footage several different volleys of gunfire can be heard being fired at Oakley Police Officers. These volleys of fire came after several attempts were made to communicate with Correa and pleas were made for him to surrender. This review of camera footage clearly demonstrates how dangerous of an event this was for the Oakley Police Officers and I remain grateful none of my officers were seriously injured.

During a law enforcement action like this one a large amount of audio and video evidence is produced. When it is a more appropriate time, and after my staff has had an adequate amount of time to process all of this evidence, I will make a public release of it. For now I do want to share a partial audio clip of the deadly encounter.

This partial audio clip captures the last three shots fired at Oakley Police Officers and then two shots fired by one of the officers who was onscene. The audio clip has not been altered in any way other than to carve it out from the totality of what was captured. Again, at a more appropriate time a more detailed release of camera footage will be made.

I wish to address the Oakley community regarding last nights fatal officer involved shooting on Teresa Lane. The events that transpired last night can only be described as very scary and dangerous for all involved.

To put it very mildly what happened last night was completely unnecessary.

The suspect chose to drive the direction of what played out when he could have taken several different avenues to deal with whatever angst he had going on in his life. He also could have given up upon our officers making contact with him.

Instead, the suspect elected to resort to gun violence to traumatize the initial domestic violence victim in this case and subject our officers to the difficult actions they eventually had to take, thus creating more victims. The officers involved in last nights incident exhausted every readily available option they had in this type of scenario before taking the ultimate action they had to take.

The incident that we dealt with last night has become all too commonplace with a total of eight law enforcement officers being killed by gunfire across America in just the last month.

Every member of the Oakley Police Department is valued and appreciated. I am grateful beyond measure our department did not meet with a tragic result for us.

The Contra Costa County Officer Involved Fatal Incident Protocol guides the investigative steps we need to take with our officers and we are following that prescribed protocol. We are also being proactive in taking care of all of our personnel who were involved in last nights incident by making sure they have readily available access to a service provider who specializes in treating first responders who have been exposed to matters like the one we experienced last night.

It is my strong desire to provide the necessary and healthy resources our personnel need in order to continue having productive lives after experiencing life threatening, or very unsettling, situations. I also urge victims of domestic violence to realize they do need help and to reach out for it.

I will however identify the suspect as Frank Anthony Correa, a 58-year-old male and resident of Oakley. 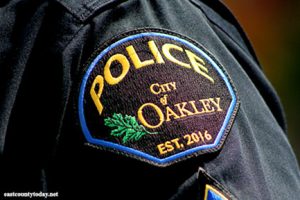 On August 25th, 2022, at approximately 10:40pm, Oakley PD Officers responded to a report of a Domestic Dispute in the 1800 block of Teresa Lane.  The caller stated her boyfriend had a gun and had been driving around with her in the car not letting her leave.  The boyfriend told her he was going to kill her and himself.

Once at the residence the victim fled on foot and called police.

At approximately 1:18am, the suspect fired several rounds at Oakley Officers.  One Officer returned fire striking the suspect.  Medical aid was provided but the suspect died on scene.  The Contra Costa County District Attorney’s Office responded along with Oakley Detectives.

According to Chief Beard “Our officers are trained to deescalate situations at every opportunity when that is a viable option. Our officers attempted to deescalate this tragic situation last night, but the suspect would not allow for our attempts to take hold. When officers are presented with such grave situations, and when no other options work or are available, they must sometimes fall back on other critical training they receive on a regular basis. This is the training they fell back on last night to ensure there was no loss of lives of innocent victims or the officers themselves.”

This is an ongoing investigation, names and more details will be provided at a later date.