Oakley Mayor Calls on Entire Oakley School Board to Resign 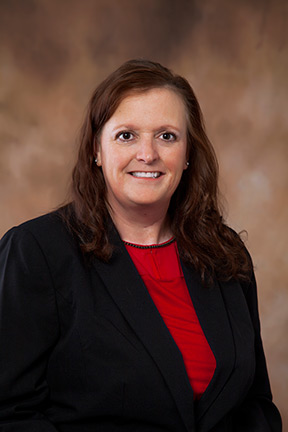 On Friday, City of Oakley Mayor Sue Higgins has called on the entire Oakley Union Elementary School District to step down after comments made during a school board meeting on Wednesday.

UPDATE — Entire School Board Has Resigned

“Quite frankly, I am embarrassed for our community as this meeting has now gone both national internationally at a time when we are not only trying to stop the spread of the virus, but also try and safely reopen schools,” stated Higgins.  “I encourage the remaining board members to do the right thing and step down.”

Higgins argues that even though some may not have said anything, none of them spoke up to stop the conversation.

Higgins said she was getting many “harsh” emails and reminds the community that neither she or her fellow city council has any jurisdiction over the Oakley Union Elementary School District who is their own elected body by the residents within the boundaries of the school district.

Here is her message:

I am writing this public note to let you know the city has no jurisdiction over the Oakley School Board, yet publicly I would ask the remaining board members to follow suit and resign. There shouldn’t have even been a hesitation in doing so. Your community has listened to your comments and now listen to ours Step down. Let our community come together once again.

Higgins said Friday she is okay with the County or the state appointing a new board or stepping in to fill the void until a new board can be seated or elected.

According to Superintendent Hetrick, should another board member resign, Ed Code 5094 provides that the County Board President would appoint members of the county board to the Board until new members are elected or appointed.

On Thursday, Trustee Lisa Brizendine resigned from her position immediately while Superintendent Greg Hetrick issued a formal appology on behalf of the District.

Brizendine made a comment explaining how parents just want their children to return to school so they can have their “babysitters back.”

At one point, Trustee Kim Beede stated “bitch if you are going to call me out I am going to f—k you up” which prompted laughter from the board.

Update: Suspects in Shooting Near Laurel Ballfields in...

City of Oakley Seeks Input on Next Strategic...

Congrats to Major Higgins for showing courage and integrity by calling for the entire board to step down. What should happen now is the Superintendent should order a complete forensic audit of the Oakley Elementary School District’s spending practices. People who show such contempt for those who put them in office, all too often don’t follow legal guidelines on how they spend the public’s money. Unfortunately, in my 25 years as an investigator, I have seen it happen way too frequently.

Higgins STFU!
Dont insert yourself!
Your city is an Fn mess !!
Maybe focus on the homeless drunks , corrupt city manager and lack of business in YOUR area of responsibility and mind your business!

If they are this comfortable displaying their contempt for the parents of this community when they think they are alone, on a zoom meeting, imagine what we don’t get to see. Their integrity has been damaged and their reputations cannot be rehabilitated and therefore, in order to better serve the community, they should do the right thing and all immediately resign. That includes the Superintendent. He issued a hollow apology that seemed forced. He is the leader and did nothing to reign in the other members meaning that he condones their behavior, or at least he did until he got caught with his pants down. The majority of this community now understands how they view us as parents and they should not be involved in educating our children or in the capacity of facilitating their education. End of story.

Kind of hypocritical of her to ask a governing body that she has NO authority over to step down. Perhaps she should clean her own closet (City Manager and his “Assistant”) first before involving herself in other affairs.

I read news reports that some in the community are organizing a protest against OUESD to be held “at city hall.” I hope they realize that the city government doesn’t have control of the school board. They are separate entities.

If there’s going to be a protest, it should be at the school district office – not city hall.

These people told the truth. They should not resign under any circumstances.

Again, Tom, you are missing the point. Read the comments by Christopher above. He is on the mark.

People are so nasty online. Wouldn’t speak to anyone like that in person

I have nothing to do with any schools, but I am aware of what the parents do ……… get STONED and wish their kids got out of their way. Nothing like having STONERS for parents, eh?

CHRISTOPHER – I agree with Tom! It seems like those school board members did everyone a favor by exposing what the parents are doing to their children, like raising kids they want to get rid of so they can hit the drugs which cause the destruction of hundreds of thousands of BRAIN CELLS! We might wind up with millions of zombies in this country.

I’m glad Tom admits that teachers are nothing but glorified babysitters. Time to homeschool.

HA HA Elana! You are right. Especially when you see crap like this being foisted on kids all over the country. We don’t need drugs to create generations of “zombies”. The schools are doing it for us.
https://mindmatters.ai/2021/02/yes-there-really-is-a-war-on-math-in-our-schools/

Gee, Tom, you wouldn’t be stereotyping just a bit, would you?

What we all really need is School Choice. This would solve many educational problems that are hidden behind protected teachers and school boards. Only the best schools and teachers would prosper along with our children. Right now as it stands education and educational leadership for the most part are failing the children and society. Let this be just a smaller example of a huge problem. Voters need to vote smarter than they have been.

I saw the school board’s heaping blunder on national news. What amazes me about these forums is that nobody seems to have a problem with Superintendent Gregory Hetrick “schooling” his own bosses on how to use the district’s I.T. department to thwart public commentary at the board meetings. I realize y’all live in Harris/Pelosi country, and It’s also evident that the tail is wagging the dog among a crew of inept elected socialites, but everyplace outside of liberal California, elected officials work for their constituency. Hetrick should be tarred and feathered. Then fired, and never work in public education again. The man definitely has other political priorities than to educate kids.