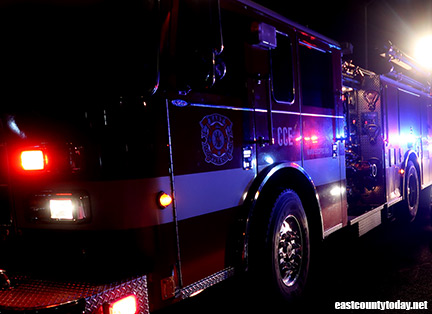 At 11:15 on Monday, the East Contra Costa Fire Protection District responded to a report of a residential structure fire in the 800 block of O’Hara Ct in the City of Oakley.

According to the District, Engine 53 arrived on scene to the two story home with flames coming from the side of the house and was impinging on large pine trees.

The District said the fire caused smoke and fire damage throughout the house and attic and caused $30,000 in damages. No injuries were reported.

The cause of the fire is under investigation.

WTF California: California Purge Possibly on Horizon as Recall Could be Ruled Unconstitutional