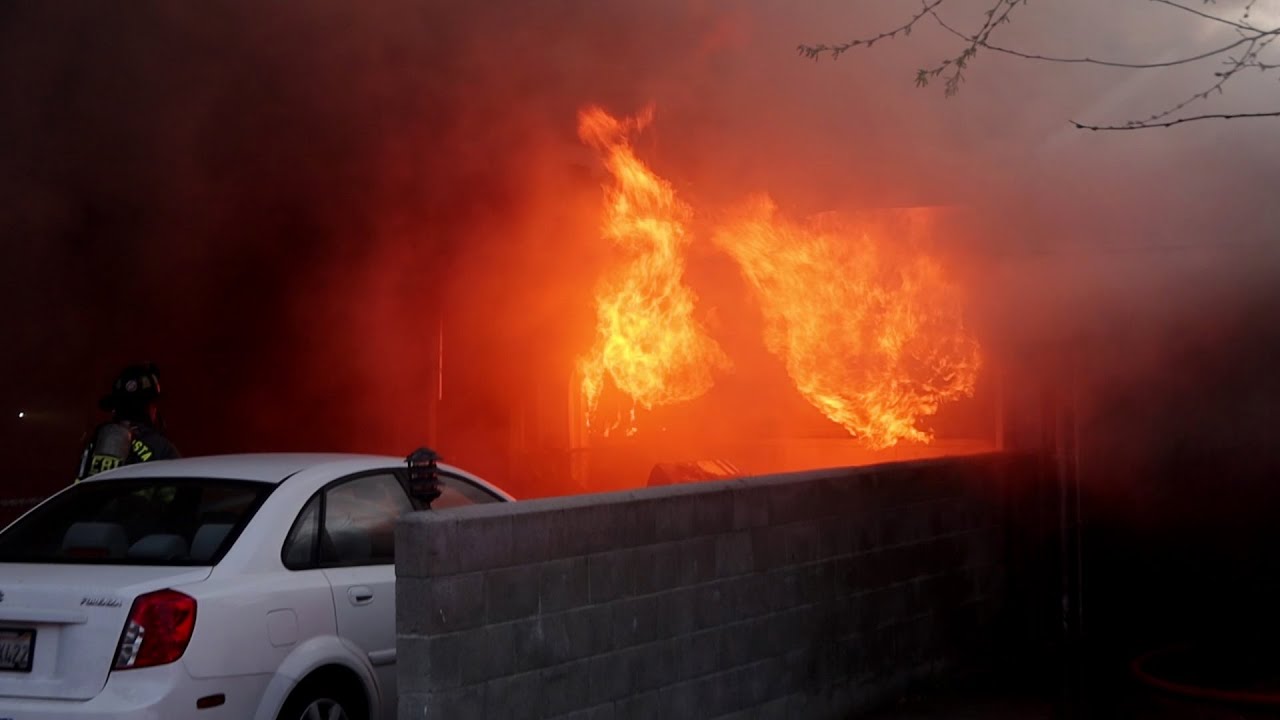 At 5:42 pm Friday, the East Contra Costa Fire Protection District responded to a report of a house fire in the 500 block of Norcross Lane in the City of Oakley.

Upon arrival, firefighters observed smoke and flames coming from the garage and as they approached the home, fire began to spread throughout the home and out the garage and through the roof.

By 6:15 pm, the fire was deemed out and crews were looking for at two occupants of the home. A short-time later, crews confirmed 1 casualty of the fire.

The Oakley Police Department was on scene and Contra Costa County Fire Protection District was also dispatched to the fire.

9:00 pm UPDATE
According to the fire district, along with a deceased female, two others sustained smoke inhalation which did not require medical transport to a local hospital. Firefighters were able to save a second home which was part of the duplex. No other details were released.

1:00 am UPDATE
Fire Crews confirmed on a secondary search that no other victims were located. The incident is still under investigation. The fire did go second alarm.

According to Battalion Chief Ross Macumber, while responding crews were informed of a person trapped inside the home, however, crews tried to make efforts to rescue the victim but by the time crews were able to make access to the person they had already perished in the fire.  The identity of the elderly female was not released and the fire is still under investigation.

Check back for additional details

Friends of Oakley to Hold Final Registration for...

No Injuries Reported After Vehicle Enters Building in...

Obvious reason for what?

The woman dying in the fire?
Invalid. Sleeping and awoke to the situation. Attempting to fight fire.

No, dumb ass the obvious reason for stopping the camera at ten minutes.

Do people still think 3 fire stations are enough? Station 53 was basically across the street. Downtown Brentwood, the Knightsen Station which are both closed could have provided quicker response as the second and third fire stations in to the scene. Sad all around.

Jamie, Agree. It was actually parents from a local Little League team that jumped the fence and got to them before fire got there. They weren’t aware of a second person in the house and smoke was getting to be too much so they had to stop looking. If they weren’t there, there could very well be more victims.

You should mention the parents for a local baseball league that jumped the fence and got to the fire before the fire department did. They were the ones that pulled out everyone even the neighbors. They were unaware of a 2nd person in that home and searched that house until the smoke was too much and they had to get out.

OMG IM SO HEARTBROKEN AND SORRY FOR YOUR MOM MAY SHE REST IN PEACE AND FOR MIHO THE DOG SO SORRY BUDDY I HOPE YOUR OK RITA LOTS OF LOVE AND IF YOU NEED ANYTHING TO HELP YOU AS FAR AS CLOTHES ,FOOD ,SUPPORT ,TO TALK, A SHOULDER TO CRY ON IM HERE FOR YOU LOVE YOUR FRIEND BOBBIJOANNA.

Such a tragic happening…:(