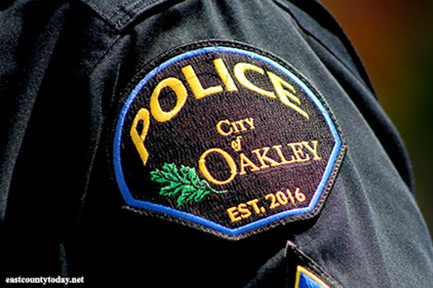 The Oakley Police Department announced an arrest of a Pittsburg woman in connection with stealing packages off the porch of a home in the Summer Lakes Neighborhood.

According to police, on Monday, August 9th at around 5: 15 p.m., the Oakley Police Department received a call of a suspicious looking vehicle driving around in the Summer Lakes neighborhood. As officers were en route, a call came in of a package being stolen off the porch of a residence in Summer Lakes. The suspect vehicle in the theft matched the description of the initial suspicious vehicle.

Officers were able to locate the vehicle and made contact with the occupants. Stolen packages were discovered from the recent calls as well as a package from the 100 block of Heritage Court.

The stolen packages were returned to the victims and Maria Chavez-Gomez, 26 of Pittsburg, was arrested and her vehicle was impounded,

Finally, the cops catch a thief! Long overdue! These thieves steal packages in broad daylight anticipating that people are at work and no one is home. With the police being busy with other things, friends have hired private security people to drive around and watch to see who is following delivery trucks (FEDEX, UPS, AMAZON, USPS, etc.) helping themselves to other people’s property. The security people also keep an eye on who is driving around casing their neighborhood.

What a great idea. Get a neighborhood to pitch in money for hiring a security group to monitor the neighborhood 24/7. They could watch for package deliveries and also keep an eye on tweekers loose in neighborhoods at night. I’m all for it.

I had a few packages stolen from the porch until I put in a tall fence and a gate. Before that, when a package was delivered, I quickly picked it up and replaced it with one which I outfitted with a lot of CAT SHIT packed in heavy plastic bags. . . . put it out quickly . . . and guess what? Some creep picked it up. This was before I put in the fence and gate.

I did the same thing. Put 20 lbs of cat shit in a few heavy plastic bags and placed those in an Amazon box . . but I also added A SPOON!

Man I was wondering why there so much cat shit in that packaged I copped.