On Wednesday night, July 20th, at 10:28 p.m., Oakley PD received a call from a witness who reported seeing and talking to a victim of an assault.

The witness stated the victim suffered an injury to his head after being hit with a blunt object inside his home in the 700 block of Solitude Drive. Oakley Police personnel arrived within minutes and quickly established a perimeter to capture the suspect who had been described as a black male, 6’ tall, skinny build with dread locks.

A short time later the above suspect was seen running and jumping fences through the backyards of Solitude Drive. Oakley PD officer(s) ultimately captured the suspect on Harvest Circle.

The suspect has been identified and booked at the Martinez Detention Facility as Chaunse Jackson, 23 years old with bail initially calculated at $330,000. Charges include assault with deadly weapon, burglary, robbery, obstructing law enforcement, battery with serious bodily injury.

The victim remains in guarded condition with surgery scheduled this morning. He is expected to survive his injuries.

According to sources close to the victim, the suspect reportedly gain access into the victims home after breaking a window and struck the victim in the head with possibly a hammer. The victim suffered several fractures to the scull and bleeding from the brain.

Police say the investigation is ongoing and Oakley PD Detectives are trying to establish a motive and/ or any association with the victim and the suspect.

Oakley PD encourages any witnesses or persons who may have additional information to contact the PD at 625-8060. 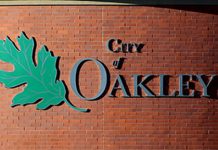 City of Oakley Likely to Move to District Elections in 2022