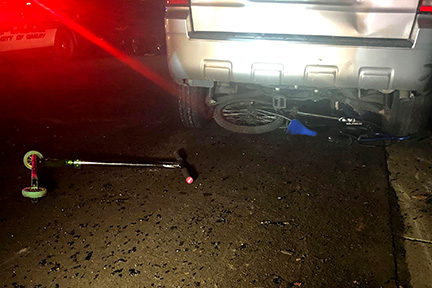 At 8:00 pm Saturday, the two teens were struck by a vehicle backing up in the 500 block of Brooks Street in the City of Oakley.

According to police, the two teens were struck after hoping a curb at the same time a vehicle was backing up. They were investigating the crash, but it appears to be accidental in nature.

Two AMR units were requested to the scene for transport.

No further details were released on scene.