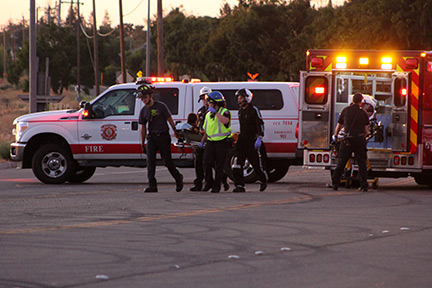 At 6:18 pm Saturday, a medical helicopter landed on Neroly Road in Oakley to airlift a 3-year-old fall victim who became unconscious while enroute to a local hospital.

The fall occurred on Bethel Island Road near Stone Road where the juvenile hit their head at a restaurant. AMR arrived on scene and loaded up the patient for transport.

“AMR was enroute with the patient when the child became unresponsive. The AMR Paramedic decided to pull over and request a medical helicopter,” said Battalion Chief Jeff Burris.

Oakley Police was requested to shut down Neroly Road at Live Oak to allow the helicopter to land.

No further information was provided.