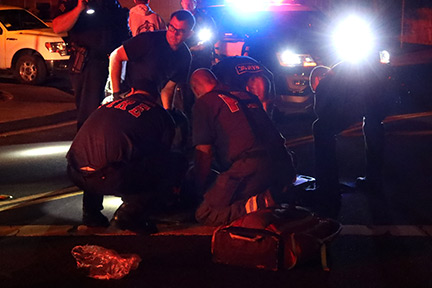 At 5:11 am Tuesday, the Oakley Police Department and East Contra Costa Fire responded to a report of a female who was struck by a vehicle at Charles Way and Babbe St in the City of Oakley.

While responding, it was reported that the female was still down on the ground. Upon arrival by police, the female was conscious and alert. Firefighters arrived on scene with AMR and provided patient care as the female was transported to a local hospital.

The driver of the vehicle that struck the female remained on scene and was cooperative with officers.