Downtown Oakley may soon be getting a sandwich shop as the City Council unanimously approved the first step in a lease agreement that would allow Mr. Pickles to take over the lease currently occupied by Republic of Cake.

The City and Republic of Cake entered into a lease agreement in February of 2013 where City approved $220,000 in capital improvements and later added an additional $70k bringing the total cost to nearly $300,000–the city rented the space for $1,300 per month, or $1 per square foot.

City Manager Bryan Montgomery explained Republic of Cake started off as “gangbusters” and successful, but over the last several months sales have declined and there are some health concerns with some of the principals leaving them to believe it’s best to pass the lease onto another party.

Montgomery noted that the City of Oakley received twelve inquires to the space currently being leased by Republic of Cake noting that three firm proposals that came forward–he did not name who the three were.

“The firm that best met the criteria for Republic of Cake and for the location is what is presented to you this evening from Mr. Pickles, a sandwich shop which is a chain,” stated Montgomery.

Mr. Byrnes is also the owner of Mr. Pickles in Antioch on Lone Tree

Montgomery stated that the Brynes Enterprise is interested in a long-term lease which the basic outline includes:

According to Montgomery,  Mr. Pickles is expected to open in mid-March which is aggressive.

Vice Mayor Kevin Romick noted how this location not being empty was important to Oakley and the downtown while showing how vibrant the community is compared to other cities who still have vacancies.

“At first I was a bit reluctant, but after thinking the process through and having this transition as quick as possible we will fill the void,” said Romick. “It’s a business I think will be a little bit more successful than strictly a cupcake facility. For that reason, I will support this.”

According to City Manager Bryan Montgomery, the city partnered with Republic of Cake with tenant improvements and capital improvements where all of those which are “fixed” to the building will remain, some which will be used by the new owner. Some of the equipment used by Republic of Cake will be purchased and other they will take out.

“Anything that doesn’t move in there is owned by the City and remains in the space,” said Montgomery.

Mayor Doug Hardcastle said while he has never visited Mr. Pickles, he has heard nothing but great things about it from friends, but wanted clarification that if this does not do well, would they have to come back and pass the lease onto the next company.

“Our standard lease agreement is they cannot do so without your written consent, this assignment process. Heaven forbid it would happen, but it’s more likely they would come back for another 5-year lease which you would then have to content to,” explained Montgomery.

Council approved the resolution 5-0. The item will be brought back during the next city council meeting for final approval. 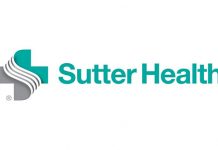 Sutter Health: It’s Time to Get the Care You’ve Been Waiting For

JC Penney at Sunvalley Mall in Concord to Close