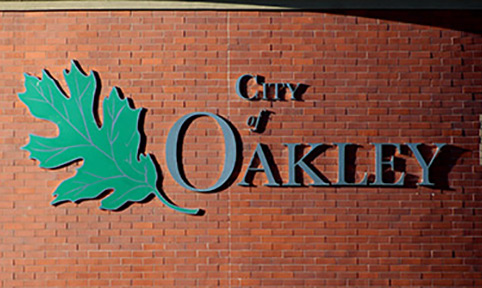 On Tuesday night, the Oakley City Council agreed to begin the process to look into moving from at-large city council elections to district elections.

The council first received a presentation of the overview of the process for creating districts (Agenda Item 5.4) and then vote on a resolution (Item 5.5).

As the council agreed to move forward with forming city districts, it will also consider the idea of looking at implementing a 4-year-mayor and four districts, versus simply implementing five districts–this came at the request of councilmember George Fuller.

“The knock on districts, which I do not suggest is true or not, is that introduces ward politics,” said Cole. “It’s the idea that I am going to look out for my district and I am going to put the interest of my district over my city. I am not suggesting that happens but there are people who think it does.”

Cole also said the other issue with Districts is Oakley is a smaller city with a population of 45,000 which would mean a 5-District city would be approximently 9,000 member districts whereas a 4-District is just over 11,000 members–it might be easier to field candidates.

“When you have a mayor at large, there could be this first among equals approach which is even though I am one vote I am the mayor, I was elected by everybody and that introduces a dynamic that perhaps maybe you don’t want to have,” explained Cole who said its policy the council has to decide going forward.

Cole said the Latino class is protected and they do not have Latino candidates–but there are names of people who could be identified as Latino such as Carol Rios, Claire Alaura, and arguments that could be made but didn’t excuse the state from setting the bar very low.

“They have made it almost to a point where you really have to have incredibly good facts in your favor to where you want to fight,” explained Cole. “Thus far, only a handful of cities have fought… the costs are to draconian, we are too small.”

“So what I heard in your answer is none,” stated Pope. “I work in a city, much larger than this, and it has districts and has had districts for a long time and district politics is real and its destructive and I don’t want to introduce that to our city.”

Pope continued by highlighting that with 44,000 population and only 8,000 people voting, it could create a situation of under representation.

“I see it as a massive opportunity for unfair representation. Certain neighborhoods could be underrepresented if we are counting on raw population versus actual people likely to vote in registered voters,” explained Pope who noted you could have 2,000 votes electing councilpersons.  “I actually don’t see evidence of polarized voting in the city, I think Districts could actually create polarized voting that we are trying to avoid.  So I am against it.”

Mayor Sue Higgins pointed out to the letter who highlighted Dezi Pina who ran for city council who had support from the Latino community and lost two elections.

Pope shot back asking how the attorney find out what race each voter was.

“Last time I voted, there was no box on my ballot for what race I was,” stated Pope.

Attorney Cole said one way is by surname analysis which is just one of many and was a “big issue in the Santa Monica litigation” while the analysis doesn’t have to include just the city elections – but voting in school district, county supervisor, county and state initiative, senate and assembly by identifying Oakley precincts.  They could look at other races to compare which City of Antioch and City of Brentwood has gone through the same process.

Pope called it a hypocrisy.

“Here is the hypocrisy I see, by law, we are prohibited from considering race when establishing these districts. We are prohibited from packing districts which is drawing a line so certain demographic or representative or political party is overly representative. Or, cracking which is splitting up voting blocks so they might have been a voting block in one district but by splitting them they are no longer in tune,” explained Pope. “The protest is racially polarized, but the law prevents us from considering race in creating districts.”

Pope further highlighted how he didn’t believe neighborhoods in the city that are predominantly one race unlike other cities.

Councilmember George Fuller explained some battles you can win and if Santa Monica and Palmdale could not win then Oakley attempting to fight it without reinforcements would be costly.

Cole explained if they were wrong when they fight it, it could come with a multi-million dollar price tag.

Fuller agreed saying the process is full of twist and turns in the process and this is a 96% positive they would lose.

Councilmember Aaron Meadows highlighted that based on the number of total votes in the last election, Districts could see anywhere from 3,000 voters to 3,800 voters selecting councilmembers depending on number of Districts.

“I don’t like having an attorney threatening us and I don’t really think this is needed in Oakley. We are not big enough to warrant all this, but I would agree with what Councilmember Fuller said that are chances  of winning are slim,” stated Meadows. “We kind of have a gun to our head.”

The council then voted 4-1 with Pope dissenting.

On Tuesday, the Oakley City Council will vote on a resolution that will outline its intention to transition from at-large elections for the city council to district election.

The council will first receive a presentation of the overview of the process for creating districts (Agenda Item 5.4) and then vote on a resolution (Item 5.5).

According to the city, they received a certified letter on March 13, 2020 from Kevin Shenkman saying the city’s at-large electoral system dilutes the ability of Latinos (a protected class) to elect candidates of their choice or otherwise influence the outcome of Oakley council elections.

In the letter from the Malibu based attorney, it highlights the 2010 Census where Oakley had a population of 35,432 and that the city is comprised of 35% Latinos and likely a greater proportion today. However, Latinos have never been represented on the Oakley City Council in that proportion has been virtually non-existent.

“The contrast between the significant Latino proportion of the electorate and the historical underrepresentation of Latino’s to be elected to the Oakley City Council is outwardly disturbing and fundamentally hostile towards participation from members of this protected class,”

“In light of the City’s under representation of Latinos, it is no wonder why Latino residents do not emerge as candidates, feel marginalized, and have historically been excluded from meaningful participation in the City’s governance. During the city’s history, there have been only a few Latinos to emerge as candidates for the Oakley City Council. Opponents of fair, district-based elections may attempt to attribute the glaring lack of candidates within protected classes to a lack of interest from their respective communities within Oakley.”

The letter further highlights Dezi Pina, a candidate who twice ran for City Council and lost both elections while claiming he received significant support from the City’s Latino community.

According to election results:

In this election, both Sue Higgins and Randy Pope won election.

The city also said while they did receive the March 2020 demand letter, the Governor suspended the CVRA action in response to COVID-19 pandemic—a process that basically caps California Voting Rights Act of 2001 litigation at $30,000 under AB 350. Those executive orders expired on June 30, 2021.

The city now has 45-day period to act and will be required to hold 5 public hearings within the 90-day framework to give the community an opportunity to weigh in on the composition of the districts and draft maps as well as sequence of elections.

The move will cost the city up to $50,000 for a demographer and possibly other consultants as well as reimbursing the plaintiff for its documented attorney fees of costs up to $33,000.

If approved, city staff would initiate the process to establish by-district elections to avoid costs associated with defending a lawsuit based on the California Voting Records Act.

It is unclear if the City of Oakley would consider moving to an elected mayor with a 4-year term and creating 4-districts versus creating five districts for each of the city councilmembers.

In the past few years, letters have been sent to the cities of Antioch, Brentwood, Concord, Martinez along with both the Antioch Unified School District and Martinez School District to switch from “at large” to “District” elections. No city or district has been able to comply with the California voting Rights Act of 2001 unless they moved to Districts.

The City of Santa Monica fought the move to District and ended up spending $7 million in legal fees and the plaintiff requested $21 million in attorney fees and $1 million in costs as prevailing parties. The court trial is scheduled for Sept. 2020.

Yellow Roof Foundation Could Get Land in Oakley...

Female Arrested for Arson in Oakley After Garage...

Woman Arrested in Oakley For Illicit Behavior With...

Don’t do it, Oakley! Forming districts is what got Antioch into trouble. They are now stuck (for the time being) with a councilmember who was ILLEGALLY ELECTED! There is nothing wrong with the “at-large” system. It worked fine.

As an Oakley resident, I much refer the “at-large” system.

“No city or district has been able to comply with the California voting Rights Act of 2001 unless they moved to Districts.”

If this is true, then it tells me that the fundamental problem is not the cities; it’s defective legislation from our state government.

I imagine Kevin Shenkman does not live in Oakley. His law office is in Malibu so that should tell you something about how lucrative the “racial polarization” of voter rights is. As a taxpayer, it is infuriating that the City has to cut a check for $33k in legal fees to the lawyer who makes his money from suing cities.

AB350 is a overstep onto the rights of a city to make its own decisions about how to vote. Sacramento has no business dictating how local politics are run. Councilmember Pope was right on to ask where is the evidence of racial polarization here in Oakley because there isn’t any. How do we know Dezi Pina received a large proportion of the Hispanic vote is an excellent question. Show me that data. Is it because he said so? He didn’t win because his message didn’t resonate with the voters. Staff should do an analysis of the facts of these other lawsuits and compare the merits of these lawsuits to the facts in Oakley before we put our tails between our legs and surrender to some dirtbag Malibu attorney.

Setting up districts? BIG MISTAKE! I’m HISPANIC (NOT “latino”) and I did not vote for Dezi Pina – nor ever would.