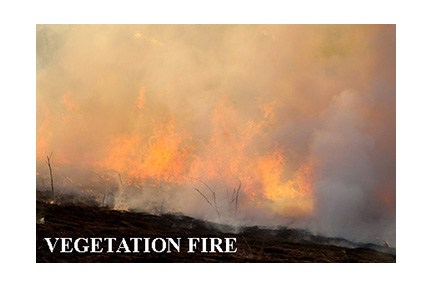 The fires broke out at approximently 8:10 am. Multiple callers reported several small fires and shortly after columns of smoke were observed by responding units.

Engine 85 arrived on scene reporting two columns of smoke with one at Bailey Road which a single engine could handle and another near the church at Willow Pass Road where they directed all units to respond.  They also reported a third fire and requested more units.

As of 8:29 am, CONFIRE reported the largest vegetation fire was at a quarter acre and forward progress had been stopped. All three fires were contained.

As of 8:31 am, CONFIRE said it believed the fires started from a homeless encampment cooking fire.