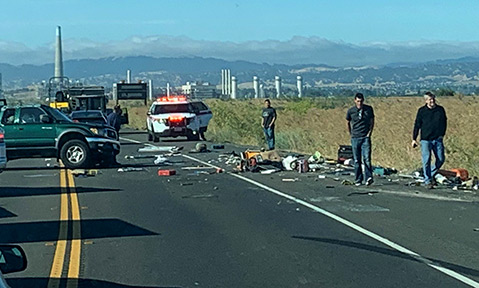 At 8:41 am Monday, Contra Costa County firefighters were dispatched to a report of a head-on vehicle crash just north of the toll plaza of the Antioch Bridge on SR-160.

AMR was first on scene and located the crash on the northside of the bridge with a truck in the middle of the road blocking lanes.

It was also reported that at least one driver fled the scene.

CHP is reporting the crash is 1/10 of a mile north of the bridge.