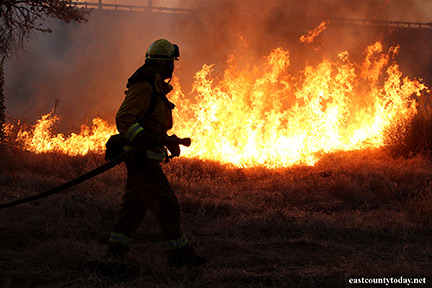 According to Steve Aubert, fire marshal, 1 shed was lost to fire while there were injuries to a dad and a 4-year-old from fall out of fireworks. They issued several citations and warnings with seized fireworks.

According to Aubert, these were figures for their district and did not overlap with Contra Costa Fire’s report of 67 fires.

More data is expected to be released later Sunday.