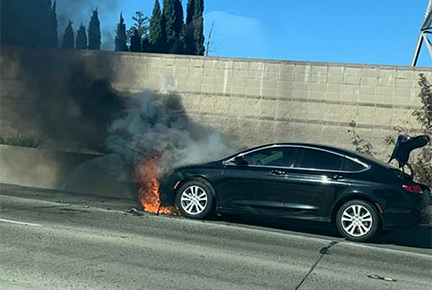 At 11:52 am Monday, two lanes of traffic were blocked after a vehicle fire on westbound Highway 4 occurred near Bailey Road.

It was reported that all occupants were out of the vehicle, however, fire crews at to shut down 3 lanes of traffic (Lanes 2,3 and 4) as they worked the scene causing a traffic delay.