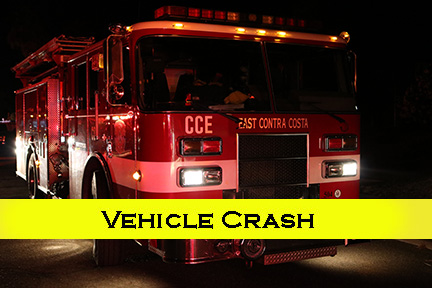 At 9:42 pm Monday, East Contra Costa Fire Protection District firefighters responded to a report of a traffic crash in front of the cemetery on Byron Highway near SR 4 in the Brentwood.

Upon arrival by AMR, they requested an additional AMR units to the scene along with an medical helicopter.

By 9:54 pm, ECCFPD reported they had the eastbound lane of traffic closed while crews were on scene. There were at least two patients with injuries.

By 9:57 pm, a 3rd AMR unit was requested with three injured and at least 1 serious.