The Antioch Police Department announced Friday that Kevion Blocker turned himself in at the County Jail in Martinez with the assistance of an attorney.

Blocker was wanted on attempted murder charges in connection with an October 28, 2019 shooting which occurred in the the parking lot of the Fellowship Church next to Jack in the Box on Lone Tree Way.  Upon arrival, officers located a 20-Year-Old male who was suffering from multiple gunshot wounds.

It was determined that the victim and 20-Year-Old Kevion Blocker were involved in a verbal altercation and during the argument Blocker shot the victim several times. The victim suffered life-altering injuries as a result of this shooting. 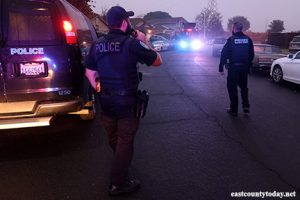 On January 7, 2020, the Antioch Police Department SWAT team and Investigations Bureau conducted a high-risk search and arrest warrant in the 1800 block of Foster Mountain Courtin an attempt to take Blocker into custody.

Blocker was not located but an illegal firearm was located during the search of the residence. The Antioch Police Department currently holds a warrant for Blocker’s arrest for attempted murder.

On January 16, 2020, this case was presented to the Contra Costa County District Attorney’s Office and Blocker was charged with attempted murder, assault with a deadly weapon with enhancements and his bail was set at $2 million dollars.

Anyone with information regarding this case can contact Detective Smith at 925-779-6876. You may also text-a-tip to 274637 (CRIMES) using the key word ANTIOCH 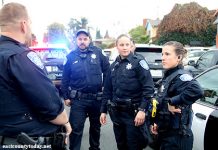