“Concussions are an often silent health condition that can have serious, long-term consequences and sadly with still-developing brains, younger athletes are at greater risk from sports-related concussions than college or professional athletes. These injuries can jeopardize students’ future ability to compete in sports, their academic performance, and their mental health. Together with a community of schools and medical professionals, we can make real progress toward protecting our student athletes,” said Congressman DeSaulnier.

“As a former hockey player, I am well aware that concussions are a serious injury that can cause grave repercussions down the road if they are not properly addressed,” said Congressman Stauber. “By raising awareness of the danger of concussions and directing states to establish concussion safety guidelines for schools, we will be better equipped to protect young athletes from the potentially devastating consequences of concussions.”

“The National Football League is pleased to once again support the Protecting Student Athletes from Concussions Act. Over the last decade, the league has engaged in important efforts to encourage youth to play sports and stay active, while minimizing the risk of preventable and unnecessary injuries. We believe this bill would help do that by ensuring that core concussion safety standards apply to all primary and secondary students throughout the country – regardless of grade. We encourage Congress to pass the bill. It’s a win for student athletes’ safety,” said Brendon Plack, Senior Vice President of Public Policy and Government Affairs of the National Football League.

“The San Francisco 49ers fully support the Protecting Student Athletes from Concussion Act. For years, we’ve played an active role in strengthening sports safety standards for youth athletes throughout our state and beyond. We’re pleased that this bill expands basic concussion procedures for preventing and responding to concussions among student athletes in all 50 states. This bill is a win for youth, their parents and coaches, and teachers and educators. We’re pleased to support the bill and urge its adoption,” said Al Guido, President of the San Francisco 49ers.

“Major League Baseball supports the Protecting Student Athletes from Concussions Act.  This bill will ensure nationwide compliance with evidence-based best practices for the prevention, diagnosis and treatment of head injuries in youth sports and, like the protocols in MLB, protect student athletes from returning to play until they are medically cleared to do so,” said a spokesperson for Major League Baseball.

“U.S. Soccer commends Representatives DeSaulnier and Stauber for their leadership on this important issue. It is critically important that coaches, players, parents and referees have the information and guidance they need to improve the prevention, identification and management of head injuries, and concussions in particular, across all sports,” said George Chiampas, Chief Medical Officer of the U.S. Soccer Federation.

“The National Athletic Trainers’ Association applauds Rep. DeSaulnier’s continued leadership on the issue of concussions among our nation’s youth athletes. Athletic trainers are the health care professionals who serve as the first line of defense in the prevention, diagnosis and emergency treatment of concussions,” said Tory Lindley, MA, ATC, President of the National Athletic Trainers’ Association. “Rep. DeSaulnier’s bill, the Protecting Student Athletes from Concussion Act, ensures student athletes, who sustain a concussion, return to their academic and athletic activities as safely as possible.”

“Too often the decision for a student athlete to return to activity can become convoluted without a structured protocol. This inconsistency can be a detriment to the quality of care and considerations necessary for the complexity of concussion injuries within active student athletes,” said Justin Elliott, Vice President of Government Affairs for the American Physical Therapy Association. “This legislation will establish specified minimum requirements for the prevention and treatment of concussions in school sports, and support multidisciplinary collaboration in evaluating the appropriateness for a safe return to play.”

“Educating youth and their families about ways to stay safe, as well as appropriately informing families when their student suffers a concussion is essential to ensuring the well-being of all children participating in school-sponsored activities,” said Leslie Boggs, president of National PTA. “It is central to National PTA’s mission to make sure children are safe and healthy so that they can reach their full potential. Our association applauds Representative DeSaulnier for introducing the Protecting Student Athletes from Concussions Act and for his commitment to ensuring students, families and school personnel are trained on evidence-based concussion safety.”

“The effect of concussion on developing brains is of particular concern,” said James C. Stevens, MD, FAAN, President of the American Academy of Neurology. “The Protecting Student Athletes from Concussions Act would help protect young athletes by raising awareness through educating players, families, and the general public, and ensuring that athletes do not return to play prematurely following a concussion.”

The American Academy of Pediatrics estimates that as many as 1.9 million sports and recreation-related concussions occur every year among people under age 18 in the United States.

H.R. 5611 would bring all states in line with evidence-based guidelines for the treatment of sports concussions as recommended by the American College of Sports Medicine and the American Academy of Neurology. More specifically, this bill would require states that receive federal education funding to form concussion management teams and develop concussion guidelines as well as ensure that students who have concussions receive the appropriate academic support. 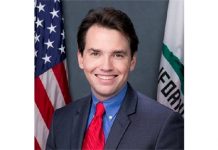 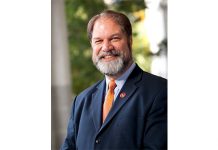