On Tuesday, February 11, 2020, at about 3:24 PM, the California Highway Patrol received a call of a rollover vehicle accident in the area of Kirker Pass Road and Hess Road near Concord.

During the initial CHP investigation, it was discovered that the cause of the accident was apparently domestic-related. The Office of the Sheriff responded to the location and started an investigation.

Deputy Sheriffs found the incident involved a woman and a man who were in a previous relationship. The woman and two others were driving in a tan colored 2004 Chevy Tahoe SUV. The suspect, who was in a white colored 2015 Mercedes Benz, followed behind and later pulled in front of the victim’s car causing her to lose control and flip over an embankment.

The driver of the Chevy Tahoe was taken to a local hospital and is said to be in critical condition. One of the other occupants was treated and released from the hospital. The last  occupant of the SUV was uninjured.

The driver of the other vehicle was later arrested by Deputy Sheriffs. He is identified as 28-year-old Alejandro Arriaga of Concord. He was later booked into the Martinez Detention Facility on three felony counts of assault with a deadly weapon and one felony count of child cruelty. Arriaga is being held in lieu of $190,000 bail. 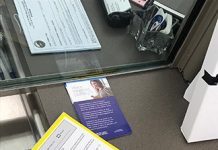