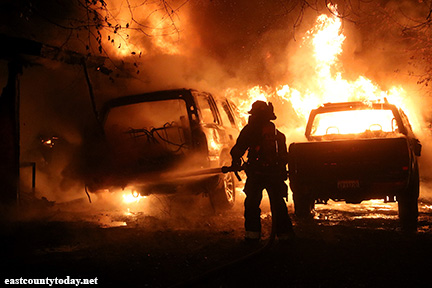 The report will cost the City of Brentwood up to $50,000 which was requested by Vice Mayor Joel Bryant and the report is anticipated to be completed within the next two months.

Although the citizens are bringing forward an initiative with the intention to fund fire service, the vagueness of the initiative does not guarantee the funding, if approved, would be directed by the council to fire service and its unclear if the plan is sustainable to support fire services–the council could decide to hire more police officers instead. The plan also does not address what the City of Brentwood may be forced to give up in future years having locked the council into spending $4.765 million on emergency services. This also would be a policy decision by the council of where the money would be spent each year.

According to the Initiative brought forward by citizens, it says:

“The Brentwood Emergency Response for All Act would require the City of Brentwood to spend an additional $4.765,000 of future growth in property and sales tax revenue for additional fire protection, emergency medical, ambulance and hazardous materials response services to Benefit Brentwood residents.”

If approved, the initiative would begin on July 1, 2021 and would be phased in over a seven-year period.

Bryant explained why he brought this item forward.

“Public safety is my paramount concern and I have been working in different capacities on council to try and bring in adequate public safety in the form of police and fire safety,” explained Bryant. “Any time that there is an idea, or presentation that brings in new ideas or potential new opportunities, I think it is of upmost importance to us to find out the facts. What can be done, what can’t be done? I don’t like the possibility of unintended consequences because at the state level we don’t have to look very far at the decision making process that some great ideas in theory, we much more difficult to implement and brought unintended consequences from some very well meaning assemblymembers, senators, congress, so in order to have the community as fully well educated, informed, I am asking for our council to consider approving the research on this so we all have all the information that is facts based only, not opinion based or preference based.”

He continued by saying it was their duty to bring the facts forward to the public.

Jack Weir, Executive Director of the Contra Costa Taxpayers Association, explained for the past five years their organization and East County Voters have been concerned about the inadequate public safety in East Contra Costa Fire Protection District and response times are not near national response time levels.

“We have talked to fire district board members, fire district managers, fire science people and we have come up with a variety of ways to increase the level of public safety in the East Contra Costa Fire Protection District and every time we have come up with a proposal that we thought made sense, its been shot down for one reason or another,” said Weir. “The bottom line reason is that there appears in the past to simply not be the political will to solve this problem.”

Weir stated the property owners in this area pay the same 1% tax as everyone else in the county, but the allocation of the county tax is very low and has never been corrected.

Brian Scott, the proponent of the Brentwood Emergency Response for All initiative, spoke in favor of the 9212 report who explained the government officials all know the problem but have not acted to solve the problem.

“We the people are using our rights as spelled out in the California Constitution to take the matter into our own hands. The Brentwood Emergency Response for All initiative petition is currently being circulated throughout the city by concerns citizens, citizens who are frustrated that their government has not resolved the problem, a problem that was described as a public safety emergency by assemblyman Frazier’s office.”

Susan Morgan, a resident of Oakley, highlighted how she was an attorney and said she read the bill and was not difficult to read.

“What I read in this bill, is there are a number of items, services, that the city would be required to spend money on any combination thereof. There is nothing in this bill that requires the city to spend a single red cent on fire protection or a medical emergency,” explained Morgan. “The city could choose all of its money on one of the other categories… the city cannot spend money on services its already providing. But the city could spend the money on for instance, new additional police officers that are not currently being funded. The city could spend all its money on new police officers, and cars for them, police dogs, building to house them. A new street light that helps protect property. But my plain reading of the bill, any combination. It means zero percent on fire and medical and 100% in this other category. I think its misleading that this bill will require or help the fire protection district in any way whatsoever.”

During Council Discussion, Karen Rarey explained they have been working with the fire district on a revenue solution including looking at spending $2.1 million from their community facilities district for fire service for a couple of years since they had a surplus.

“The fire district was gracious and glad we had funding we would provide to them, they didn’t have the funding to match it to in order to keep it sustainable,” explained Rarey. “They didn’t want to open a fire house for two years having to close it because there wasn’t enough funds for it.”

Rarey also stated they looked into creating a fire facilities district which says that is what they created which meant any new house that comes on, would pay a fire services fee for the impact. She also highlighted how if this had been created years ago, they would not be in this position today.

Rarey explained that while medical services was brought up, she corrected the misinformation during public comments and explained the fire district does not provide medical services, that is provided by the county who contracts with AMR. In response, she wanted to look at through this document could a Brentwood only Emergency Medical Services (EMS) be established.

“If we are going to look at the impact, can a Brentwood only EMS be established? If so, how many 24/7 ambulances could be provided with the proposed initiative allocated from this funding,” said Rarey who wanted to know if the county still would have to provide Brentwood with the existing service. “Or since we are providing a Brentwood only service, could they reduce service to our city.”

Rarey further continued asking if money was used to create fire service, could it be possible to create a Brentwood only fully staffed fire department or will our residents be paying to provide services outside our city limits—Oakley, Discovery Bay, Morgan Territory, etc.

“My understanding is that it would be a District wide addition, not just a Brentwood only,” said Rarey. “We would still be serving the entire district.”

Rarey also wanted to add on questions about long-term implications of the initiative and if its sustainable. Such as what happens to contract services and if they go into a recession, how would the city handle the funding?

Councilwoman Claudette Staton said she believed the 9212 document would be a good idea to have and wanted to look into emergency ambulance services and how it would work out.

Councilman Johnny Rodriguez said he was in support of the 9212 document to allow the city to do their due diligence.

The council then voted to move forward with the creation of the report.

If ordered by the City Council, the 9212 report may cover any or all of the following effects and impacts of the proposed Initiative: 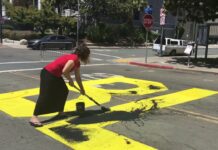