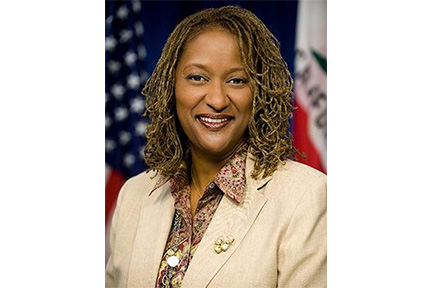 SACRAMENTO – The California Senate has approved a Sen. Holly J. Mitchell plan to reduce recidivism and eliminate barriers to success by ending administrative fees on those who have already served their time.

“Criminal administrative fees pose three main problems for cities, counties, and residents,” Mitchell said about Senate Bill 144 by her and Sen. Bob Hertzberg. “One, they are charged to low-income people who cannot pay them. Two, they create barriers to re-entry; and three, they are a self-defeating anemic source of revenue.”

SB 144 is part of Mitchell’s 2019 legislative package aimed at promoting economic and health equity to Californians who need it most.

Understanding that economic health can depend on physical and mental health, and that the same is true in reverse, Mitchell’s bills include eight measures to support #EconomicJustice and three others to promote #HealthJustice.

SB 144 now goes to the Assembly. A hearing date has not yet been set.

Sen. Mitchell is chair of the Senate Budget Committee. A member of the Legislature for more than six years,  she represents nearly 1 million residents of Senate District 30, which includes Culver City and much of Los Angeles. More at www.senate.ca.gov/Mitchell