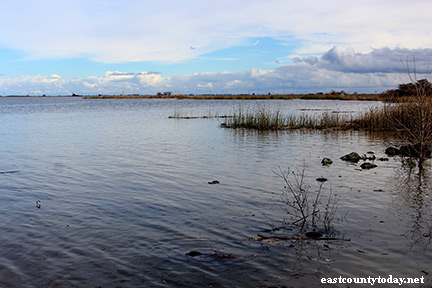 SACRAMENTO – A bill from Sen. Bill Dodd, D-Napa, that would increase legislative oversight of the controversial Sacramento-San Joaquin Delta WaterFix project and allow for more public scrutiny has cleared its first committee hurdle. Senate Bill 204 passed the Natural Resources and Water committee Tuesday on a 6-0 vote.

“We all know WaterFix is a project to build tunnels under the Delta to ship water to other parts of the state,” said Sen. Dodd, co-chair of the Legislative Delta Caucus. “But beyond that, we in the Legislature and in nearby communicates know surprisingly little. And the implications of this project are enormous. My bill is about transparency and ensuring we’re all aware of what’s going on, how much it costs and how it will affect the economy and the environment.”

SB 204 would establish requirements for both the Department of Water Resources and the Delta Conveyance, Design and Construction Authority to submit information about pending State Water Project contracts to the Legislature for public review, prior to those agencies moving forward with Delta Tunnel work.

Testifying before the committee were Sacramento County Supervisor Don Nottoli and Barbara Barrigan-Parrillo of Restore the Delta. SB 204 heads next to Appropriations.

“The Delta Counties Coalition believes SB 204 will bring greater transparency through legislative oversight to the second-largest proposed public works project in California history,” Supervisor Nottoli said. “This legislation is necessary to ensure that the public will be informed of project construction and design-related impacts and how billions of public funds will be spent. It makes good sense that the Legislature should have oversight of a project of this magnitude because it will have lasting detrimental impacts on the environment and Delta communities.”

It was the second of two water-related bills from Sen. Dodd to clear the Natural Resources and Water committee Tuesday. Senate Bill 19, which directs the Department of Water Resources to develop upgraded stream gages across the state, also advanced. The bill will help the state better manager its precious water resources.

Ask how they started it without our knowledge or us approving the funds.