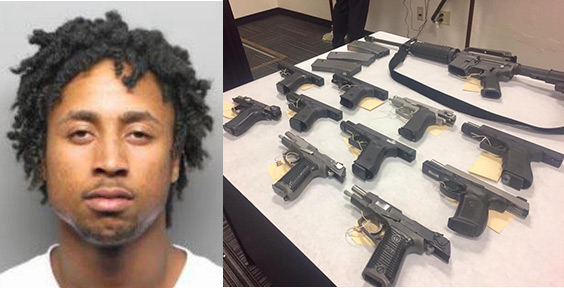 RPD’s Special Investigations Section Detective C. Calderan began his investigation into the “Manor Boyz” street gang, after a shooting and gun arrests involving the gang in July of 2016. During his investigation, more gang members associated with the “Manor Boyz” gang were arrested for possessing firearms in September of 2016. During that same month, Chrisean Nealy and Jovante Prothro were murdered. Dawaun Rice, an associate of the gang was implicated in both murders and taken into custody. Rice was later indicted for both murders.

Detective Calderan diligently continued his investigation into the criminal enterprise. In January of 2017, he learned that the gang was also involved in several home-invasion robberies in the cities of Oakland and San Jose. Due to the violent nature and complexity of the investigation, the Contra Costa County FBI Safe Street Task Force (SSTF) was asked to help by providing much needed resources to focus on the gang.

As the investigation continued, so did the gang’s violent illegal activities. In March of 2017, associates of the gang were involved in a shooting, and in May of 2017, more members of the gang were found to be in possession of firearms. 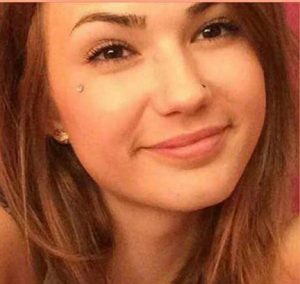 At the conclusion of this investigation, detectives learned that the criminal enterprise has been involved in the crimes of murder, human trafficking, home-invasion robberies, street robberies, assaults with firearms, firearms trafficking, narcotics trafficking, and credit card fraud. A total of (10) loaded pistols and (1)AR-15 rifle have been taken off the streets since the start of the investigation.

To date, six associates of the gang have been arrested for various charges.

There are two outstanding gang associates:

In a press release, the department said it was proud of the collaborative efforts and perseverance of the RPD SIS detectives, especially Detective Calderan. They are extremely appreciative of the partnership we have with the Contra Costa County FBI Safe Streets Task Force. With the hard work and focus from all involved detectives, dangerous and violent suspects involved in numerous violent crimes have been arrested.

Contra Costa Mosquito and Vector Control: How to Protect Yourself This Summer

They all deserve the death penalty. Every last POS.

Both of them look high or slow or both. I guess you just can’t be in those kind of areas, period

There seems to be a pattern here between criminal areas and their populations. We are willing to let people be murdered over it instead of talking about it? That is not sustainable. Looks like everyone was better off during segregation.

Kill them and their families! Wipe out their whole f-king bloodline! Bastards!!!!!