WASHINGTON, D.C.— Representatives John Garamendi (D-CA-03), Josh Harder (D-CA-10), Jerry McNerney (D-CA-09), and Mike Thompson (D-CA-05) issued the following statement urging Governor Newsom to cancel the planned construction of the tunnel under the Sacramento-San Joaquin Delta in response to the release of a Draft Environmental Impact Report by the State Department of Water Resources (DWR) for the Delta Conveyance Project: 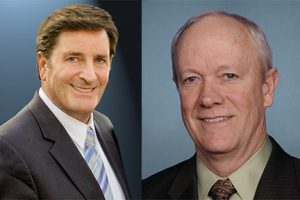 “When Governor Newsom announced on May 2, 2019, that the Delta Tunnel Project would be downsized from two tunnels to one our message was clear: one down, one to go,” the Representatives said.

“The fact remains that any tunnel construction under the Sacramento-San Joaquin Delta would be a misguided, multi-billion-dollar boondoggle that won’t create any new water for California but will cause irreversible damage to the Delta. As federal Representatives of the Bay-Delta region, we implore Governor Newsom in the strongest possible terms to listen to the voice of the Delta counties and reconsider this project that would devastate the Delta communities and ecosystem,” the Representatives continued.

“California must invest in a water solution for all of California that prioritizes recycling, conservation, and the creation of new storage systems instead of a plan that will destroy the Delta. We will continue to work tirelessly to advance solutions that will improve California’s water supply and infrastructure while protecting the Delta and its historic communities,” the Representatives concluded.

The Delta Counties Coalition’s statement in response is available here.

The release of the Draft EIR gives the public an opportunity to formally weigh in on a proposed infrastructure modernization project that has been significantly changed in response to public comment. The proposal follows Governor Newsom’s direction in 2019 to downsize previous concepts for improving Delta conveyance. — Full Story

Foulger Scores $1,000 Win At Antioch Speedway Plus Other Winners

How about building some reservoirs and capture the water we do get. In 2019 we had a banner year that was supposed to last even a five year drought and they let the water out.