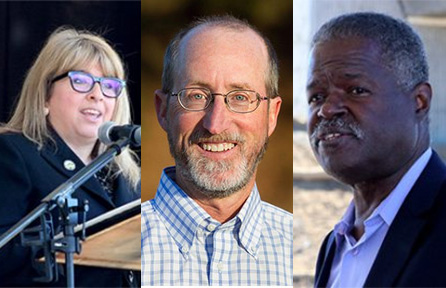 On Friday, the filing period for the March 3 Presidential Primary Election closed and none of the offices have gone to an extension at the county level.

Assemblyman Jim Frazier and Contra Costa County Board of Supervisor Candace Andersen were the only two candidates locally who will not face an opponent and will get a free ride to another term.

Meanwhile, Supervisor Diane Burgis will face Paul Seger who filed Friday. Seger currently serves on the Delta Diablo Water District Board after winning a seat in 2018 after running twice, unsuccessfully, for Oakley City Council in 2016 and 2010.

Supervisor Federal Glover is seeking another term after already serving two decades. He will two candidates in Gus Kramer and Sean Trambley. Kramer (County Assessor) was censured by the Board of Supervisors in a 4-0 vote after sexual harassment allegations were made and an accusation was by the county civil grand jury. Trambly announced in early November he was running and is currently a City of Martinez Planning Commissioner.

The State Senate District 7 race could also get interesting in a 3-canidate race between Senator Steve Glazer, Marisol Rubio and Julie Mobley. Glazer has come out with a long list of local endorsements, but he has come under fire for not being “progressive enough” for some local democrats.  In fact, at the State Convention, the California Democratic Party offered no endorsement to any candidate after neither Glazer or Rubio gathered enough support for the endorsement—Rubio actually received 52% of the vote while Glazer had just 34%.

Here is a look at the local offices and the candidates:

Contra Costa Board of Supervisor – District 2

Contra Costa Board of Supervisor – District 3

Contra Costa Board of Supervisor – District 5

Do nothing for east county Burgis must go. We need someone to work for us not themselves.