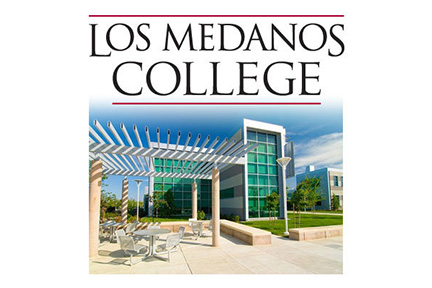 Graduation season is right around the corner for thousands of students across the nation. For many it’s the end of a high school or college career. But there is also a surprisingly large portion of students who will be making the transition from a local community college to a four-year university.

In fact, the network of community college students is at an all time high. As of 2017 nearly 34% of all undergraduate students in the nation were enrolled at two-year universities.

Los Medanos College in particular is looking at a growing number of transfer students, pumping out its largest number of students to UC and CSU campuses in the 2017-2018 school year.

Last year, Los Medanos had a 34% increase in the rise of transfers to both UC and CSU systems while according to an Ed Source article, community college transfers had only 3% increase on a statewide level.

According to Rachel Anicetti, Director of LMC Transfer & Career Services, they are in their fourth straight year of record UC Applicants and enrollees while in 2017-18 they had the highest number of transferring to CSU and UC campuses and expect to exceed that in this academic year.

Since 2012 LMC achieved a 42% increase in the number of Hispanic or Latinx students transferring to CSU & UC, and 38% increase in Black and African American students.

These numbers are only expected increase in coming academic years. But Anicetti says it takes a lot of hard work.

“…It’s a team effort at LMC. The work is showing in our transfer statistics. One of our major department goals for the next year is to help students find their major earlier at LMC, so that they can have a clear pathway of courses to take, and transfer more quickly,” Anicetti said.

Over the last academic year, transfers from LMC have gone up nearly 33 percent when students applied through a TAG (Transfer Admission Guarantee) application. These applications are specifically for colleges in the UC system, but CSUs also receive a large number of transfer students.

Sarah Gonzales, a former LMC student and current UC Berkeley Senior, attributes her success as a student to the community college system.

“I felt that my time at LMC helped me kind of find my area of study…Community college kind of gave me time to explore different areas of study while I completed my general Ed. Taking actual college level classes also really helped me get an idea of what kind of work load I could expect upon transferring to a four year,” said Gonzales.

Other former community college students, who have since transferred, expressed similar sentiments about how their respective colleges prepared them for traditional institutions.

“…It was very overwhelming for me. Especially if you don’t know your major or future career plans. Going to community college helped me face my fears and made me feel more comfortable with college life and what it has to offer,” said Neyazi.

Aside from being well prepared and having flexibility in deciding what path one should take as a student, those enrolled in community colleges tend to save more money in tuition.

“I joined an academic honors society, kept in close contact with my academic counselors, and became an advocate for my high school to get more kids to take the community college route since it allowed me to save thousands of dollars, get work experience, and receive academic awards. I highly recommend every student who is unsure of themselves and what they want for their future to attend community college,” said Roche, who later transferred to St. Mary’s College.

Alexandra Riva is an East Contra Costa County resident who is a senior at UC Berkley where she is pursuing a Bachelor’s Degree in Media Studies with a minor in history. She is a graduate of Dozier-Libbey Medical High School in Antioch.