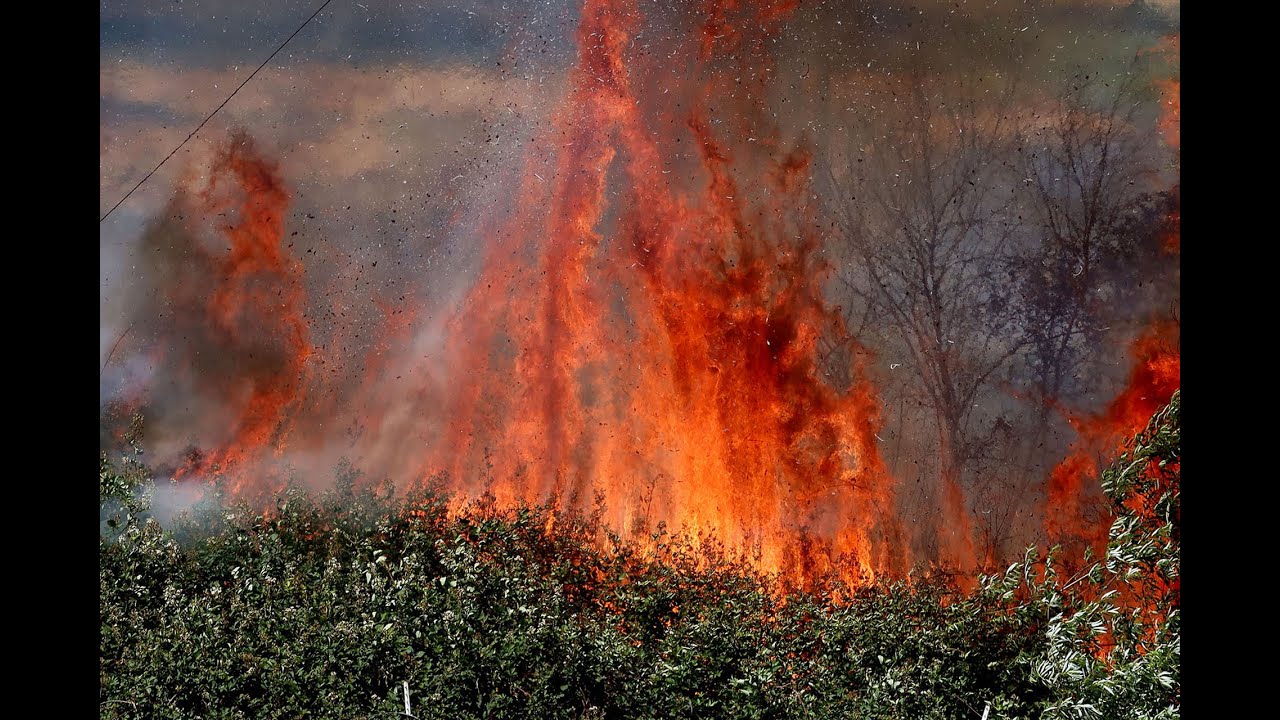 At 2:47 pm Sunday, the East Contra Costa Fire Protection District and the Contra Costa County Sheriffs Office responded to a report of a vehicle crash in the 4900 block of Holland Tract Road in Knightsen.

While responding, it was reported that subjects were in a physical altercation and fire units were requested to stage so sheriff deputies could arrive on scene and secure the location. While that was going on, a vegetation fire began to start after one of the vehicles hit a guide wire and caused a fire nearly a mile away.

Fire crews requested a full vegetation response and requested air support to make water drops. With thick vegetation and wind, crews were forced to let vegetation burn itself out before they could cut the head of the fire off utilizing a farmers dozer and East Bay Regional Park District helicopter. It was ultimately determined that they were going to have to flood the area due to the dirt being on fire.