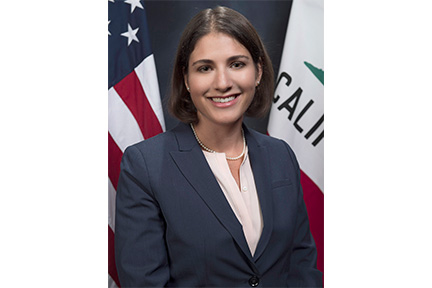 Sacramento, CA – Governor Newsom signed into law AB 1735 by Assemblymember Bauer-Kahan (D-Orinda) which extends new protections to victims of human trafficking. AB 1735 provides confidentiality privileges between a survivor and their caseworker, and allows victims to seek assistance with skilled professionals without fear of further exploitation by their abusers.

“This statute hasn’t been updated in 14 years” said Bauer-Kahan. “This means that traffickers have attempted to abuse the system and subpoena a victim’s conversations with their caseworker. It’s an abhorrent practice, but those who have shown such little regard for human life will take advantage of any loophole they can find. I’m glad that my legislation will help in the search for justice against these predators and protect victims” she concluded.

AB 1735 is modeled after the protections in law for domestic violence and sexual assault caseworker privileges. This bill received broad bipartisan support in both houses of the legislature and was backed by the Coalition to Abolish Slavery & Trafficking (CAST) as well as the Peace Officers Research Association of California (PORAC).

“Human trafficking continues to be a major problem in California.  We believe this bill will help the victims of human trafficking by providing the necessary caseworker-victim privacy protections they deserve to keep them safe and to heal from the trauma they’ve experienced” stated PORAC President, Brian R. Marvel.

This is Assemblymember Rebecca Bauer-Kahan’s fourth bill signed into law since taking office earlier this year.

Ian this the best we can do? Not impressed. We need a comprehensive strategy and PITF is not doing anything. They are clueless and those of us on the ground have no way to communicate with them. Absurd