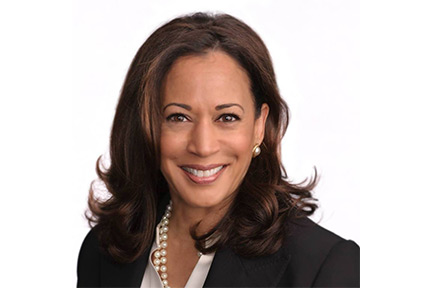 WASHINGTON, D.C. – At a hearing of the Homeland Security and Governmental Affairs Committee Monday, U.S. Senator Kamala D. Harris urged representatives from FEMA, the Department of Defense, the U.S. Army Corps of Engineers, and the Department of Health and Human Services on the critical needs of California communities devastated by the recent wildfires.

Harris highlighted the need for temporary and permanent housing, crop insurance, and loans for small businesses that have been destroyed. Recently, Harris visited Santa Rosa, California and met with local officials, survivors, and firefighters and first responders, and as well as delivered a speech on the Senate floor calling for the passage of Wildfire Disaster Funding Act.

“I was there, I visited the site, I’ve met with the families and you’re absolutely right, it’s devastating to those families and that community,” Harris said. “In terms of FEMA there is still a need, and I’ll just put this on your radar, for individual assistance to help cover temporary housing. You mentioned that, it’s a big issue throughout the country and certainly in California, around affordable housing. And I know that FEMA does not have the number of trailers and they’re not on the production line in a way that we can get them to California as soon as they’re needed, so there’s still a need for temporary housing, help, and basic essentials like clothing and baby formula. And from HUD, if you can just pass this on, CDBG funding for permanent housing is a big issue, crop insurance from USDA, and then from the SBA we need business loans for small businesses that have been destroyed.”

Full transcript of Harris’ questioning below:

Harris: Thank you, Mr. Chairman, for this hearing on hurricanes. And I appreciate the Administrator speaking of California. This hearing is not about wildfires but I would like to urge that we do everything we can to – as you appreciate, recognize we lost 42 lives in California and the estimate is currently that we lost 8,900 homes and structures.

On that point, from FEMA there is still a need – you’re doing a great job, the Army Corps of Engineers. I was there, I visited the site, I’ve met with the families and you’re absolutely right, it’s devastating to those families and that community. In terms of FEMA there is still a need, and I’ll just put this on your radar, for individual assistance to help cover temporary housing. You mentioned that, it’s a big issue throughout the country and certainly in California, around affordable housing. And I know that FEMA does not have the number of trailers and they’re not on the production line in a way that we can get them to California as soon as they’re needed, so there’s still a need for temporary housing, help, and basic essentials like clothing and baby formula. And from HUD, if you can just pass this on, CDBG funding for permanent housing is a big issue, crop insurance from USDA, and then from the SBA we need business loans for small businesses that have been destroyed. So I thank you for that.

On October 27 through the Environment and Public Works Committee, which I am also on, we sent a letter to FEMA and the EPA and the Army Corps of Engineers asking for information about a timeline and the work that has been completed or has yet to be done as it relates to debris. So I’d like to get an answer to that and if we can get that within the next week I’d appreciate that. There are about seven specific questions. But as you’re aware and has been mentioned here, there are millions of cubic feet of debris in Puerto Rico. And it is my understanding that we’re looking at debris that is large. It ranges from rooftops to garage doors to refrigerators and couches, debris that people who live there cannot pick up and move. There’s also been a compromise to the landfills in Puerto Rico that existed before the hurricanes hit and remain a problem. It is my understanding that FEMA plans to remove the debris but I’m not clear on what the timeline is for actually getting that completed. Can you tell me what that plan is?

Long: So each one of the events is extraordinarily different, again, and there’s no one-size-fits-all approach when it comes to debris removal. For example, the California wildfires, if I may use that as an example, because of the nature of the hazard you first have to go through and make sure that you remove all of the hazardous materials from personal property. Then obviously as you said, the number of deaths is projected to go up to over 80 and that’s because we’re still searching for remains in a very humane manner, trying to make sure that we go through the debris to find remains of the burning area. After all of the environmental piece is done and that we correctly go through to look for remains, then a lot of the debris contracting is done at the local level through private contracts. If those contracts fail or the Governor requests me specifically, then we can mission assign the Army Corps of Engineers which I believe you guys have been mission assigned in California, similar to also Puerto Rico. Debris in Florida was done differently, a large majority of that was done at the local level by debris contracts and previous contracts that they established. So each one of these may have different timelines because of the types of debris, but like Puerto Rico –

Harris: Yeah what is the timeline for Puerto Rico?

Jackson: Senator, I don’t have an exact timeline for Puerto Rico. We have just started scratching the surface on debris removal. We’ve run into some really interesting politics within the seventy-eight municipalities that make up Puerto Rico in terms of how they are allowing us to gain access. So we’re in some significant negotiations. Many of the municipalities have come back and said, “We don’t really want you to do it, we’ll take care of it ourselves.” So we’re going through that right now. I will respond to the letter that you sent –

Harris: I appreciate that.

Jackson: -with a much more definitive timeline than what I just gave you.

Harris: And then if you could also follow up on this point about what jurisdictions within Puerto Rico are hesitant to cooperate with your efforts so that we can make sure that we do our part to figure out how to get some cooperation.

Jackson: Will do that, Senator. Thank you.

Harris: Ok. And Dr. Kadlec my understanding is that the debris piles that are occurring in Puerto Rico, that they are wet from the recent rains, they are attracting pests that range from rodents to mosquitos, and there is also a concern that the pests that are going there and the rodents that are going there are leaving great amounts of urine that is also seeping into the waterways. Can you talk for a moment about the health risks associated with this accumulating debris?

Kadlec: Well ma’am there are several issues that have to be dealt with and that, one is the moldy kind of debris that you’d be anticipating. And again, fungal growths that would be causing exacerbations for respiratory disease like asthma. Also you’d be very concerned about some of the immunosuppressant effects of certain fungal growths that are out there, particularly with immunocompromised situations. Probably the biggest concern about debris piles is that you find people climbing on them, rooting around in them, so there is likely lacerations, injuries, and infections. Soft tissue injuries that come from that.

Harris: And bacterial diseases, is that correct? That could lead to death?

Kadlec: Yes ma’am, bacterial diseases, that would be that. And the last one you did mention but I’ll mention because it’s a matter of topical interest is leptospirosis which is endemic to Puerto Rico. Occurs typically during the rainy season in August through December. There have been some cases already been defined or declared and a couple of deaths suspected with that. It’s a disease that is remedied by antibiotic therapy. About a week after the landfall of the hurricane we were working with the state epidemiologist and again, everything we do is in support of the Department of Health on Puerto Rico, but basically making available courses of antibiotic treatment to basically treat anticipated levels of leptospirosis and other bacterial infections. Typically leptospirosis occurs at about a couple hundred cases a year, we’d expect that to probably go higher than that because of the nature of the events so we’ve provided several thousand courses of treatment for Puerto Rico. Beyond those kinds of circumstances you’d be concerned about tetanus. We’ve also made available tetanus vaccines through CDC and also have made available 24 environmental health officers to work with the Department of Puerto Rico as well as epidemiologists to track not only these environmental hazards but also the cases that would be associated with them.

Harris: Mr. Chairman, I recognize my time is up. I would like as a follow up from each who has information about the incidents that we are also hearing of people in Puerto Rico drinking water from superfund sites because of their desperation to get drinking water and obviously their obvious health risks, huge health risks associated with that. Thank you.