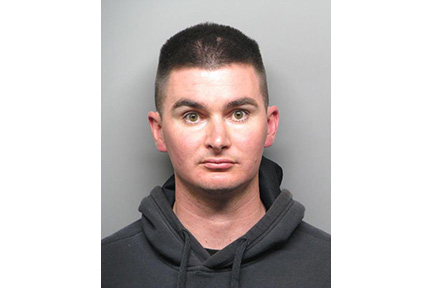 Martinez, Calif. – The Contra Costa County District Attorney’s Office announced Friday that Patrick Morseman of Vallejo was charged with four felonies for unlawful sex acts involving two inmates at the West County Detention Facility. Morseman was a Deputy with the Contra Costa County Sheriff’s Office and was assigned to the West County Detention Facility on the date the incidents occurred.

Morseman’s charges are specified penal code violations for sexual activity with a detainee in a jail. Morseman is charged with having unlawful oral copulation and sexual intercourse with the inmates in a jail cell during his shift on March 31.

Morseman was initially arrested by the Contra Costa County Sheriff’s Office on April 4 and released on $100,000 bail. The District Attorney’s Office requested that bail be set at $200,000.

Pursuant to state law, the identities of the victims will not be released as this is a sex crimes case. The victims in this case were offered victim assistance services by the District Attorney’s Office.

Morseman is facing a possible maximum sentence of five years in state prison. Arraignment is scheduled for a later date.