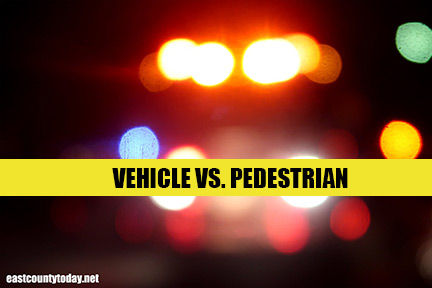 The Walnut Creek Police Department announced Tuesday that the driver who struck two pedestrians in the Rossmoor community leaving one person dead.

On April 16th, at about 9 p.m., a 911 caller reported a vehicle collided with two pedestrians who were walking on the sidewalk on Tice Creek Drive near Fairlawn Court in the Rossmoor community. The vehicle was on its side and the male driver, who was also the only occupant, was trapped inside. When officers arrived, they found a male pedestrian with life-threatening injuries, a female pedestrian with minor injuries, and the driver of the vehicle with minor injuries.

Officers and fire department personnel performed life saving measures on the male pedestrian prior to him being transported to the hospital, where he unfortunately succumbed to his injuries.

The driver, Stephen Kiesle, a 75-year-old Walnut Creek resident, was extricated from the vehicle by the fire department. He was later arrested for DUI and vehicular manslaughter while intoxicated. He was booked into the Martinez Detention Facility for these charges and remains in custody on $250,000 bail.

This case is pending review by the District Attorney.

If you have any information about this case, please contact Walnut Creek PD Dispatch at 925-935-6400.

For more background on Kiesler past, visit News 24/680

I just don’t understand why people insist on driving drunk when there is Lyft n Uber at your finger tips.