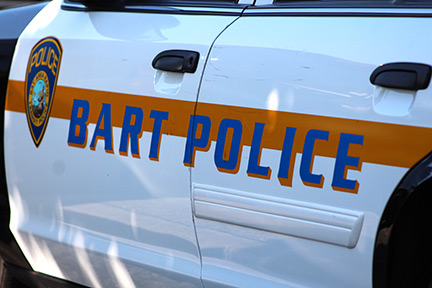 The Bay Area Rapid Transit Police Department announced the arrest of a Pittsburg man who they say forced a woman into an elevator in an attempt to sexually assault her.

The incident occurred Saturday just before midnight where they Richard McDowell, 34 of Pittsburg, forced a 20-year-old Daly City woman, whom he did not know, into an elevator and attempted to take her pants off. This occurred after they exited an SFO-bound train.

BART Police say the woman was able to fight off the attack and escape where she then reported it to BART Police.  The suspect, McDowell, was arrested Saturday when a BART Police sergeant spotted him and took him into custody without incident.

McDowell was booked into Martinez Detention Facility on multiple charges.

According to an Aug 2020 press release by the Pittsburg Police Department, police responded to a report of an assault and stabbing. Upon arrival it was discovered the victim was sitting out front when the suspect, McDowell, walked up and attacked the victim, unprovoked.