Here is a look at the upcoming attractions for the month of November at the El Campanil Theatre located at 602 W. 2nd Street in Antioch (925) 757-9500. You may purchase tickets at The Box Office, by phone or online.

In order to keep a promise he made to his wife, Zhu Zhi Gen prepares to return with his wife’s caged bird, the sole companion of her final years, to her native village where he’ll set the bird free. He’d decided to make this trip alone, but Ren Xing, his granddaughter, a spoiled little city girl, is forced to go with him.
More Information/Buy Tickets

Admission is Free and Open To All

In the winter of 1950, 15,000 U.S. troops were surrounded and trapped by 120,000 Chinese soldiers in the frozen mountains of North Korea. Refusing surrender, the men fought 78 miles to freedom and saved the lives of 98,000 civilian refugees.  More Information 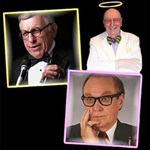 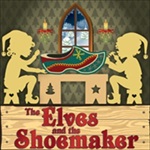 El Campanil Children’s Theatre Presents: The Elves and the Shoemaker
Friday November 21, 2014  7:30 pm
Sunday November 23, 2014  2:00 pm
Lockhart Cobblestone, the shoemaker, has a kind heart but little money in his pocket.  Moved by the plight of an old beggar woman, he gives her his last pair of shoes. More Information / Buy Tickets

The Cemetery Club: Presented by The Vagabond Players
ONE PERFORMANCE ONLY
Sunday November 30, 2014   2:00 pm
Another Vagabond favorite is this comedy about Doris, Lucille and Ida, three long-time friends who have become widows within the past few months. Once a week they gather to visit their husbands’ graves.   A comic and cathartic play about friendships, the future and new possibilities.
More Information/Buy Tickets

May 16: Antioch Police and Lumpy’s Diner Host Curbside with the Cops