Brentwood – As work continues to rebuild East Contra Costa Fire Protection District (ECCFPD), some of the jurisdiction’s citizens recommend the utilization of volunteers firefighters (AKA Paid on call- POC or Reserves) as the answer to the District’s staffing challenges. 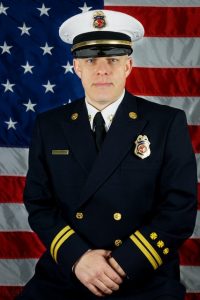 As the Fire Chief, I understand why some would believe this is a reasonable solution. However, from the District’s experiences with these programs and the cost to maintain them in reality, I need to explain why utilizing volunteers as the District’s baseline of service is not a viable option.

Even if an employee is “volunteer”, there is cost associated to: conduct a hiring process, entry level and continuing education training, and to issue personal protective equipment that requires annual testing. There are also costs associated with workers compensation, executive level oversight for the program, and retention. These items compound depending on the number of members in the program.

Furthermore, to hire volunteer firefighters it is the same hiring process required when we hire a career firefighter. These processes include opening up a candidate search, accepting applications, two levels of interviews, background checks, psychological checks, medical checks and if all is well, we will make a candidate an offer and begin training.

One more component that needs to be discussed is that the fire district would not work under the old model because East Contra Costa County is no longer a rural area. The District is now urban with more homes and buildings in the pipeline. The 249 square miles the District has to cover is populated and growth is continuing. Today’s population and traffic within the jurisdiction makes responding to calls a challenge. With the community now an urban area, this means there are more medical calls, vehicle crashes and other calls, which require an immediate response from a 24/7 staffed stations with professionally trained firefighters.

In 2012, the District made the effort to re-start a reserve program at the request of the public. It was determined it would cost the fire district roughly $15-20k per volunteer who then must receive 240 hours of initial fire training (60 hours of medical training, 100 hours of driving emergency apparatus training), and 240 hours of annual refresh/updates. Additional costs include reporting pay for each call and on duty pay while actually working. Ultimately, the District received less than 20 applicants with only 2 or 3 being qualified and willing to serve in front-line duty positions, which was not enough to get the program running.

The District would require approximately 50-60 trained and equipped volunteers to provide staffing for 1 additional station.

The last component I would like to address is that the District started to realize that we were just training firefighters to get hired elsewhere. Today, volunteer positions are the first step in beginning a fire career. Many begin working with a District in hopes of getting hired on in a paid position—or they use it on a resume to gain employment elsewhere.

In 2010, the District was spending a lot of time, energy, and money bringing in reserve firefighters to serve the District. In 2010, it became apparent the District was duplicating services that the community college fire science programs offered. The reality became that the District had become a training ground and once jobs opened up throughout the county and state employees left because they were looking for career positions with higher pay than the District could offer.

As we continue to build ECCFPD, we need to be creative and look for economical solutions to enhance services throughout the District. With that said, the District needs to invest in creating a solid foundation that invests in 24/7, 365 a day career firefighting services. While we do this, my plan as the Fire Chief is to work with both the High School ROP Fire Science and Community College Fire Science Programs to invest in future firefighters as they work on completing their internships. This will provide the District with helping hands to support our full time staff as we invest into the next generation of the fire service. While we do so we might just discover the future Fire Chief of the East Contra Costa Fire Protection District.

I thank you in advance for your continued support, as ECCFPD is your Fire Department. You can visit us on the Districts website, www.eccfpd.org or through our social media pages on
Facebook, Instagram, Twitter and our YouTube channel for more information on the Fire District.
ABOUT THE EAST CONTRA COSTA FIRE PROTECTION DISTRICT:
The East Contra Costa Fire Protection District spans 249 square miles and our firefighter/EMTs serve more than 110,000 residents in the Cities of Brentwood and Oakley, the Town of Discovery Bay, the communities of Byron, Bethel Island and Knightsen, the Marsh Creek/Morgan Territory area, and all other areas within unincorporated Contra Costa County to the east of Antioch and to the southeast of Clayton

ECCFPD Set for Showdown with City of Oakley...

If it wasn’t for the volunteers misleading the public, Oakley Fire would have been merged into Contra Costa Fire. Instead, Oakley got the raw end of the deal. This idea of volunteers is a distract and no longer going to work in an urban area. Bethel Island and Knightsen people need to stop being so stubborn and living in the past.

B. You are right about the con fire merge attempt back 20 years ago after they took Antioch Riverview. However at that time it was too early and the community was not ready. After that the union forced a merge of the three to oust the pocs through political pressure. Only the ousting of the poc’s involvement at the the time was again still too early. Instead of setting a revenue foundation ( benefit asses on new development) the union bulldozed ahead without regard for funding issues. Many suggestions were made to help overcome the funding issue until development caught up. Even suggestions of union trainee local firefighters until revenue caught up. All ignored by the union/politician coalition leadership. Even today the public can’t get an elected board after voting for it. It seems the union/politician bond actually runs the district and the public can’t get involved except throw more taxes at it. The credibility of this fire district is gone. Hiding financial information and closing stations was and is a bad move. The public would expect an immediate reopening of a station after finding 6 million extra dollars, but no, some collusionary powers have ignored public safety over politics. These are sad days and times for the untrustworthy fire leadership. The real upsetting part is the firefighters get the brunt of criticism for the discredited political leaders blunders. For the firefighters, this with change and get better if and when an elected fire board ever occurs. Funding is rising at a fenominal rate as home prices explode. All we need now is an elected unbiased board that excercises the actual true powers of an independent fire district.

@american
Your opinions are 100 percent wrong. Get the facts and get educated. We are tired of your unfounded rhetoric and attempts to mislead the community. If that is not enough, Your bias is showing through in every post.

On the flip side, Thanks to the Chief (Helmick) for setting the record straight and offering up links to separate the facts from fiction.

ECCFPD is transitioning to an elected board as in January 2019 with elections being held in November of 2018.

The ECCFPD Fire Board will be discussing the timelines, procedures and costs at the November 6, 2017 Board meeting for the 2018 elections. Please click on the link below to obtain Meeting information.

In addition, if one goes to http://www.eccfpd.org and looks at the press releases that defines the the sequence of events as to how monies where found as they were not hidden. This situation was unfortunate but it was shared publicly and openly once it was varified and found.

If anyone has any other clarifying questions I am willing available to discuss them. My cell number is 925-584-8468.

I ask and thank all citizens of ECCFPD for support as we work to build a solid foundation for ECCFPD.

Please go to https://www.eccfpd.org/ for board agendas, minutes, and other District related information.

B. Woody, yes people in Bethel Island and Knightsen are stubborn . when we are right we will be stubborn. If you check your facts, when the last vote was taken Brentwood and Oakley were the only people in the district that voted. The vote required 50% plus 1 vote to pass and failed badly. Maybe you need to ask the fire district to release the money generated by Bethel Island and let us put our own fire service back in place. It is interesting to note that contrary to Helmicks statements, there are many fire districts in the delta that use volunteers. This fire district has an excuse for all of their failures. The last I heard Bethel Island and Knightsen are rural, not urban. At least that’s the reason given for the rotten emergency service.

We absolutely need a fire board that operates more efficiently and above board than we have seen at Bart. I do not think that will happen watching the past couple of years. I commend the new Chief for trying. This is a changing world unfortunately and we need to accept that and work with it not continuing to work against it.

B.woody, Bethel Island and Knightsen have a right to be stubborn. Most of us have common sense. We don’t have fire service. The first few minutes are the most important in fires and medical emergencies. When we had volunteers we had a very good fire district. excellent volunteers and equipment. East contra costa fire had volunteers and fired them. Then advertised in the newspaper requesting people to sign up to be volunteers. The fire district was then sued and lost the lawsuit. As far as B.I. and Knightsen being stubborn is true, we can think for ourselves. Give us back our tax money and we will put our fire district back in place. Then we will leave Brentwood and Oakley alone. Also the last vote was turned down by Brentwood and Oakley, all they had to have was a simple majority and could not manage that. Maybe its not Bethel Island but the fire district that needs to change.

Ya Burris should be chief because he can figure stuff out and make it happen.