On August 6, the East Contra Costa Fire Protection District Board of Directors voted to approve lending the City of Oakley $1.9 million to ensure that Station 55 can move forward with construction.

The $1.9 million in funding comes from a portion of the Districts Operation Fund Excess (one-time money, not operational funds) which will be paid back at $200k per year over 10-years using Oakley Developer Fee Funds which the City of Oakley already pays the District.

According to Fire Chief Brian Helmick, after the loan is repaid, the fire district would then own the station.  Hemick also highlighted the funds could be reimbursed back to the District should Oakley move to increase its developer fees.

During the meeting, some board members expresses concerns over the loan, however, the board ultimately approved the loan in a 6-1 vote with board member Erick Stonebarger being the dissenting vote. Directors Joy Benson and Sandra Strobel were absent from the meeting.

For nearly an hour, the board weighed the pros and cons after Helmick explained a deadline to lock in construction fees was quickly approaching and would save between $500,000 to $1 million in construction costs, however, Oakley needed $1.9 million to move forward.

“This all began back when the City of Oakley was in litigation with Shea on the Districts behalf and was settled on an amount of money and a conceptual design,” said Helmick. “We knew as a board the design of the building was not exactly what we had wanted and knew we would have to come back on what the design was going to be and going through that process over the last year we have gotten to a point where we know what the increase development is going to look like.”

Helmick explained that the estimated $3.1 million that was dedicated by Shea had ballooned to $5.7 million and when you exhausted all of Oakley’s development fees there is still a difference of $1.9 million because they added a training room/multi-purpose room, added a shed for storage while the cost of construction has increased.

“Station 55 is going to be replacing Station 95 on Bethel Island and Station 94 in Knightsen so we are taking two stations and converting them into one,” explained Helmick who noted the station would be operational for 50-years.

According to the District, Station 55 is designed at 7,500 square feet which is smaller than Station 53 in Oakley which includes a 1,400 sq ft multipurpose room, a 3,080 sq ft engine bay and 2,400 sq ft storage for equipment and apparatus. The facility would be located at E Cypress Road and Summer Lake Drive.

Although the estimated cost is $750 per square foot, Helmick explained that in speaking with other chiefs, the fact they are getting the station for under $1,000 per sq ft was “shocking to them” and they have bids that builders are honoring so if they did not move forward the project could be re-bid and the cost could be substantially more.

Helmick estimates the District will be paid back at $200,000 per year by Oakley and the loan would be paid back within 9-10 years. He also highlighted how they were in need of infrastructure which would house not only firefighters, but provided much needed storage.

Director Joe Young expressed concerns of borrowing against the future but ultimately agreed to the loan after walking through the process while noting Oakley was dangling out “carrots” to get them to agree to the loan.

Director Stonebarger questioned how giving a no-interest loan could result in a lawsuit.

“From a legal standpoint giving a no-interest loan from the operating fund to a developer impact fee when we have outstanding liabilities that do collect interest, when we get sued, how comfortable are we in protecting ourselves and is the city of Oakley going to represent the District on our behalf and pay all our legal bills associated with this loan and any liabilities associated with the outcome of that,” asked Stonebarger.

Legal stated that the Mitigation Act allows for inter District transfers and this was one step beyond that which is an inter district transfer within our own funds and using those funds to finance a station by another entity.

“I can see why there is a question in your mind,” said Shayna M. van Hoften, Legal Counsel.

Stonebarger replied, “I can see when we are going to get sued and I can see its not very clear what the outcome will be so in the agreement is the City of Oakley going to pay all our legal bills.”

She stated there had not been any negotiations at that level of detail yet because they needed board approval to move forward to negotiations because the attorneys have not yet spoken.

After some back and forth, Director Susan Morgan highlighted that the discussion then got into two separate things because there was fear that Oakley would not fulfill the contract and not pay the money back which was a “breech” while board members were seeking “indemnification” where an outside party sues.

Morgan stated the contract will take care of the breech but said the indemnification request would “blow up the contract” highlighting the station would likely not be built as quickly as they would like.

During public comments, Jessie Lachance-Mellan called this proposal a “shell game” with all the transferring of money back and forth and compared it to money laundering and called it not right.

Bryan Scott, of East County Voters for Equal Protection, called this proposal a “gift” to the City of Oakley since they already collect and send money to the ECCFPD.

“If Oakley wanted to build the fire station they could go to a bank or some other municipal lending source as well as the fire district,” explained Scott. “It is obvious that they recognize the fire district discovered they had $6.2 million and its been sitting there all this time and so the city of Oakley says here is a potential funds and if we ask them and apply these time sensitive motivation we can get them to loan it to us for free. We can build a fire station and it will cost us less.”

Jana Aubert, of Brentwood, provided the District with some facts about the construction industry where they are currently seeing a 4.8% cost increase in escalation per year.

“When you are talking about doing a design-build project, your bids are usually held for 90 to 120 days, they are guaranteeing the cost,” explained Aubert. “What you are seeing is a 20% increase in the cost of an electrician and its nothing other than the lack of skilled labor… you want to start a year from now, you are going to pay another 5%, you want to start another year after that, you are going to pay another 5%.”

Mark Whitlock said he understood why people considered this a shell game but implored the board to move forward tonight because if they didn’t they could be paying another 15-20% later.

The board then moved into discussion where Stonebarger stated that by approving a no interest loan, it negatively impacts the general fund because they are gaining interest and a 10-year loan is 3%.

“Building now is probably the smart thing to do from a construction standpoint, I wouldn’t disagree with anyone who came up here and said that,” said Stonebarger who stated this has been going on for a long time. “To come in here on August 6 and say we need an emergency loan essentially, interest free that we are going to pay back over 10-years, doesn’t make me feel very comfortable to take on an asset that probably isn’t going to be utilized for a period of time because we have a big ask coming in the future.”

Young replied that with regards to interest, he said Oakley will be paying them back with their own money so interest didn’t make much difference even at 10-years and 3% that was $300,000 plus.

“There is a very complex set of issues here, but in order to save $500,000 to $1 million, we need to approve this load,” said Young. “I guess we can hold our nose while we do it, but I am very disappointed in how we got here in this round-a-about way.”

Director Steve Smith says he had seen this type of deal before in the City of Hercules when they went bankrupt and needed the funds to continue construction on their project.

Morgan motioned that they approve the agreement while urging staff to make minor changes to the contract which further protects the District and attempt to work on an indemnification clause.

The motioned carried  6-1 Stonebarger was the dissenting vote.

In an email Thursday, City Manager Bryan Montgomery explained the agreement will allow the City and District to get the station build sooner and less cost than if they waited noting construction costs are increasing.

“Construction costs in the Bay Area have gone crazy,” said Montgomery. “It is hard to find subcontractors and, when you do, the costs are often 30% higher than just a year ago. The increase cost of construction is roughly the other half of the needed amount.”

Montgomery added that each new home pays an impact fee to the City that is specifically to the fire facilities and all of those fees are going towards the $1.9 million loan and said it was possible that not all of the $1.9 million would be needed.

Montgomery also confirmed that just like completion of Station 53, Station 55 would be deeded to the Fire District.  He also said that because they had discussed a deed restriction that ownership would revert back to the City if the building’s use as a fire station was discontinued might be causing some confusion.

Meanwhile, Brentwood City Manager Gus Vina said that the District, cities and county are all trying to figure out how to enhance fire and medical services in the region and needed to work together.

“I think the construction of fire stations, both in Oakley and in Brentwood, is critical; otherwise when we are ready to staff the stations we will be two years behind in construction,” said Vina. “I certainly don’t see anything illegal about the plan to construct the station in Oakley.” 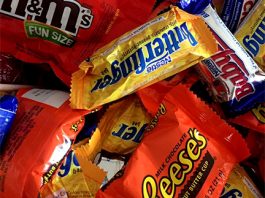 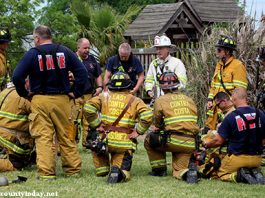 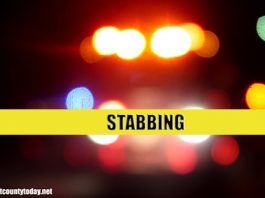 Act Now to Reduce the Risk of West Nile Virus by...