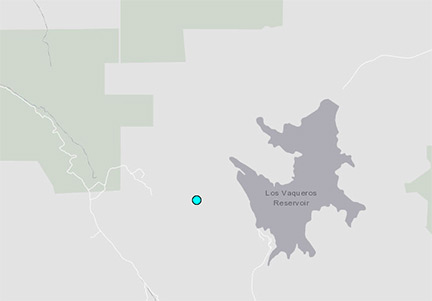 According to the USGS, a 4.4 magnitude earthquake hit Contra Costa County Tuesday at 1:11 pm which they say originated out of Blackhawk near Los Vaqueros Reservoir.

Soon after the earthquake hit, there was an aftershock reported of 3.5 at 1:24 pm.

There was also a report of a 1.5 magnitude earthquake out of Livermore a short time later.

Several folks on our social media said they felt the quake across the county.