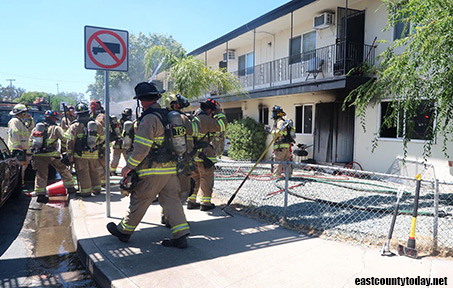 At 2:09 pm Tuesday, Contra Costa County Fire Protection District firefighters were dispatched to a report of an apartment complex on fire off Lone Tree Way and Robert St. in the City of Antioch.

The fire was reported by a PG&E worker on scene who reported smoke and flames coming from a first floor apartment. Engine 82 arrived on scene and confirmed this was a working fire.

At least two people were displaced from the incident. The incident also shut down eastbound Lone Tree way at Putnam as fire crews were blocking the roadway.

No additional information was provided at scene.