Washington, DC – A measure authored by Congressman Mark DeSaulnier (CA-11) was included in the Climate Action Now Act (H.R. 9), a bill that ensures the United States honors our commitments in the Paris Climate Agreement and lays the groundwork for further climate action. Congressman DeSaulnier’s amendment requires the Administration to contract with the National Academy of Sciences to produce a report on the impacts of withdrawing from the Paris Climate Agreement on U.S. workers and U.S. global economic competitiveness. The amendment was passed by the U.S. House of Representatives.

“Climate change and how we choose to address it will impact us in many different ways, including our health, national security, and our economic wellbeing. It is important to have a comprehensive, scientific perspective on what withdrawing from the Paris Agreement would mean for the U.S. economy and U.S. workers,” said DeSaulnier.

Existing data shows the Paris Climate Agreement has stimulated investment opportunities worldwide — $23 trillion in opportunities between now and 2030. Nearly 3.3 million Americans now work in clean energy jobs, with some of the biggest growth in energy storage and the manufacturing of clean vehicles. In California, energy efficiency supports 2.3 million jobs and the state is ranked first in energy efficiency jobs at 318,000.

“Since California stepped up and set ambitious emissions targets, its economy has done nothing but grow – topping out as the current fifth largest economy in the world. We need to understand the dangers of inaction and the impact of the Trump Administration’s decision to withdraw from the Paris Agreement on a national scale. This study will provide a factual analysis of its true impact,” concluded DeSaulnier.

DeSaulnier was appointed by both Republican and Democratic Governors to serve on the California Air Resources Board (CARB). When CARB’s landmark bill on climate change was passed in 2006 and signed by a Republican governor, the Board aimed to get to 1990 emissions levels by 2020, which California is on track to do. 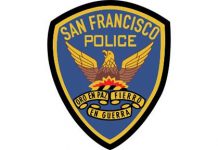