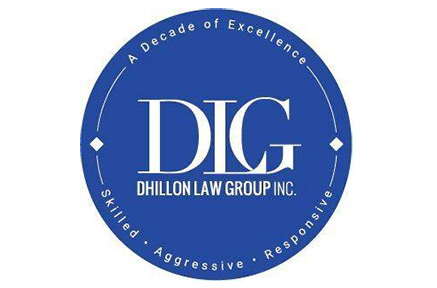 Rasch ruled that the restraining order had not been filed in good faith and ordered Felarca to pay Worden’s attorney fees.

Felarca, a Berkeley Middle School teacher who was twice arrested last year for incitement of a riot, resisting arrest, and assaulting a police officer, filed the frivolous restraining against Worden to stifle his freedom of speech at U.C. Berkeley after BCR had invited several conservative speakers to speak on campus. Berkeley’s actions in blocking those speakers are the subject of a separate federal civil rights lawsuit.

The court in Felarca’s restraining order case granted a temporary restraining order in September but then dismissed it in late October after repeated failures by Felarca’s lawyers to prove their case, and in the face of extensive evidence produced by Worden’s counsel showing that Felarca had fabricated her claims. Worden, represented by The Dhillon Law Group’s (@dhillonlaw) Harmeet K. Dhillon (@pnjaban) and Mark Meuser (@MarkMeuser) filed a motion for attorney fees and sanctions against Felarca, which was heard today.

“By ruling that Yvette Felarca did not demonstrate good faith in filing the restraining order, the court recognized the frivolous nature of Felarca’s actions,” Meuser said. “The award of attorney fees should send a strong signal that she cannot abuse the court system to silence speech.”

“This marks the second time in two months that Felarca and her lawyers have been ordered by an area court to pay the attorney fees of their opponents for filing legally and factually unsupported claims in court,” said Partner Harmeet Dhillon of the Dhillon Law Group. “Felarca’s pattern of abusing the courts to achieve her anarchist ends is a classic Alinsky tactic. We are pleased that the court recognized this today and ordered Felarca to pay Worden’s attorney fees and his court costs associated with her baseless complaint. True victims of harassment/stalking/assault need the courts to be available to them as a priority, not clogged with fabricated claims pursued in bad faith.”

Libtards as they say, need to be sued more often when they make up things, provide false information, and fake news. All this media garbage and democrat rehtoric is keeping this country in socialistic slow mode. We need to move forward for a better America.

The truth is that the liberals are suing us, that liberal judges are blocking conservative judges and hearing the cases not on their docket and deciding to rule even in cases that are protected by local laws just for another opportunity to keep up the turf war.

Thanks to all the conservative judges that went on Vacation over Christmas or took off during the fire emergency here in California who let liberals decide our fates and our futures for the worse.

She better hope her rich friends bail her out or shes going to protesting in the parking lot of burger king for higher burger wages.

They don’t ever mentioned all the Republicans not on public radar being sued by ANTIFA business and property owners that are having insane legal fees judgements placed on their records just by virtue of being 1. conservative and 2. in their neighborhood or place of business as a consumer.