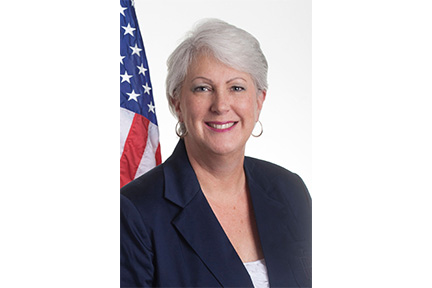 On Tuesday, Contra Costa County Board of Supervisor Karen Mitchoff proposed the county look at increasing penalties on business who defy the Stay-At-Home Order.

Mitchoff proposed increasing penalties to businesses who blatantly ignore the COVID-19 Stay-At-Home Orders to $10k to $20k which would include a warning or two.

The comments came after she was critical of a gym owner of several franchises who chooses to operate while other gym owners follow the rules. She called it unfair to those who were shutdown and following the State and local order.

She argued some businesses are just paying the $1k and continuing to operate with business as usual and stated “its time to bring the hammer down” and for people to “quit bitching”. She also doesn’t care about the negative comments towards her as she wants to help reduce the spread of COVID-19 as vaccines begin to roll out.

She asked her fellow supervisors to consider bringing this back as early as next week so staff can offer a plan of what increased fines and penalties would look like.

Supervisor Diane Burgis stated she was open to the discussion, but was hesitant. She stated consumers should self-regulate and hold businesses accountable for not following the order by not supporting them with shopping at the business if they defy rules.

Supervisor Federal Glover called on high fines would be a way to get businesses to pay attention.

Mitchoff proposed the board look at increasing fines for business who ignore the COVID-19 health order and stay open. The proposal came a week after news broke that the county had fined multiple gyms—fines start at $100 and go up as high as $100.  Earlier this year, a Pittsburg bar owner was charged a misdemeanor for operating during COVID.

At last count, the county had been investigating more than 900 complaints about businesses with no masks or those who were operating illegally.

Last week during a press conference, Bay Area Counties announced rather than wait until only 15% of the region ICU beds to be available before a stay-at-home order went into effect, they are shutting down Sunday. The new restrictions will remain in place until January 4, 2021.

Dr. Christopher Farnitano stated they agree with the Governor and they needed to act now and will require many local business to change operations:

Who works for who? Screw these Rat Bastard Politicians. Its time for a Do-Over like yesterday

Pay attention people. This board of stupes needs to go!! They need to cut their pay before trying to impose this crap! None if this is supported by science. If people are scared, then stay home!!
Come election time they need to be gone!
Mitchoff first!!

Shame on you Contra Costa County Supervisor Karen Mitchoff!!! You should be focusing on how to address the massive FRAUD and failures with the unemployment system that is affecting so many of your constituents and has left so many without income since March. You have families facing homelessness, children going to bed hungry, children not able to participate in online schooling, business going under and your concern is with how to FINE business owners who likely will go belly up with fines in excess of 10k? What kind of monster are you? You ought to be ashamed of yourself. In fact, your compensation should be waived and used to house/feed all the families who have lost all means of income.

First off I would like to introduce myself. My name is Steve Sizemore. A little bit about my concerns.

I completely agree with the stay in place order and shutting down of none essential Businesses, But what I don’t agree on is if your going to put these orders in to affect and not stand by them why implement them makes no since, general population is completely ignoring the states orders . My daughter has a small business Hair salon in Brentwood and she has followed all orders that have been put into place this far she is a mother of 2 and cannot make her bills on the $284 a week, who could people make more then that working at McDonald’s all I am saying we will not get through this COVID 19 pandemic if the laws are not followed. And my wife is an ICU charge nurse at John Muir. THIS IS REAL MAKE the dam fines $50,000 and prove that we can get there attention

Have you supported your family without an income? The board of supervisors just want more money. Who is going to pay these people who work so hard and have spent so much money changing to your first set of shutdowns. All you think of is fines for business no help suggested. I’m one person but if I had your power you would be fired. Selfish and typical politicians.

Of course she’s a Karen.

Every business is essential to someone. There better be repercussions for the power hungry, busy body, bureaucrats

Please join me to ask this out of touch, clueless and compassionless woman to resign. I just sent an email to her office asking her to resign as she is unfit to represent her constituqents.

Diane Burgis said people should self-regulate and hold businesses accountable for being open by NOT shopping there. How about we all self-regulate by NOT putting ourselves in situations we’re uncomfortable with, like visiting places we think might be hazardous to our health? Why is that everyone else’s responsibility? Im all for looking out for each other but not if it costs people their livelihoods or sanity.

There is no such thing as non-essential business. Besides, why cannot every business operate by the same rules? If Amazon can operate with social distancing, why could not every small business do the same? There is also no data/science showing that these small businesses are spreading the virus. I believe the biggest Covid spreaders are the people who have a known tested positive family or household member, and still go on with their business of going to work and socializing. When one household member is positive, everybody in the household needs to immediately quarantine. And that’s not happening.

She needs to go…. Mark my words she is a complete Hitler and has her eyes on keeping you all locked down. Karma will pay her back in ways she can never imagine.

Mitchoff can F#$! Off… Glad she is eating fine and paying her rent. Is she paying any and everyone else’s that she’s insisting stay closed? Is she buying everyone food? Every clown telling people they’re not essential needs to know what it’s like to not be able to make rent and support a family. Bunch of entitled twats. Rules for thee but not for me, right? Get outta here.
They keep saying they want to listen to science, well science says people can open their businesses, unless all of a sudden we’re not trusting actual science…

Mitchoff is due to retire (with a taxpayer funded pension) – and GOOD RIDDANCE! LEAVE BUSINESSES ALONE – they have jumped through huge, expensive hoops to comply with the ever-changing ordinances, to provide safe services. They are barely hanging on, and we need them! They are not the cause of COVID spreading. They can self-regulate and are regulated by their market and customers. Cut the Supervisors’ pay, to help support them instead.

this lady is so stupid. all of the lock down shit is bs .

The Contra Costa DA said they won’t prosecute shoplifters or looters because they may need that item or thing to provide for their family. Now they want to fine business for staying open, they themselves can provide for their families. The hypocrisy is ridiculous! I myself am a local business owner and have taken a hit due to these lockdowns. Feeding my children is essential 100%. Not 1 person has contact traced our business. Not 1 staff member has gotten sick. This has got to stop!!

Kudos to Mitchoff! The only way to enforce it is to levy heavy financial penalties to the businesses that refuse to comply. Yes, these are difficult times. Yes. They need to earn a living. But they do not get to flout legal orders from our responsible leaders, which County Health officials definitely are.

With all this time off from work , at least we the people have had plenty of opportunity to sharpen our guillotines.
Bahahahaha……. can’t wait,
heads are gonna roll.

The virus is never going away! Why not live with it & let businesses run safely. Shame for penalizing businesses for being open & spending tax payers money to try & control everyone. Have your staff help educate businesses to operate safely. I am not going to vote for all these unhelpful politicians.

She “ doescare aboutbthe negative comment.”
This is an elected official who is supposed to represent her constituents, not her own stupid and ridiculous opinions.
Another fat cat living the high life in an overpaid public job.
Sorry fatty!! You need to GO!

Socialism…….. Get used to more control and EVERY SINGLE SOLUTION TO EVERY PROBLEM IS GOVERNMENT. And people like Karen Mitchoff are too easily embarrassing themselves by showing how out of touch with reality they are. Way to go comrade!

I’m a resident and homeowner in the County, and I APPRECIATE this proposal! I hope it gets adopted for the sake of all of us.

As a gym owner who has been following the rules and coaching my clients via zoom only I am completely against increasing the fines on businesses. Karen and those in favor seem to think that the businesses opening are doing it out of malice or spite – it’s out of survival.

Personally, we’ve seen over 60% of our business disappear almost overnight. Some of that returned when we were “allowed” to reopen, but for the most part, we’ve barely skidded by and are managing to stay open. These businesses are trying to keep their doors open and food on their tables. Our job shouldn’t be to fine them, but to create a solution that allows us to remain open and stay safe. Side note, the percentage of COVID cases from gyms is less than half of a percent nationwide – gyms are not the source of the spread.

I’m disappointed in the misguided, inappropriate, and dangerous policies – not to mention the foul language and insults used to describe constituents. I’m disheartened that our government can so easily disregard the decade-plus work I’ve put into growing my business because they believe that we as a population can’t be responsible for our actions and do things safely. And furious that people like Karen are destroying the greatest state in the union, I love California and we need to save it.

She helped force my business to close. Now I’m out of a job right before Christmas. Happy holidays, I guess. Now my children won’t have the Christmas they deserve. We were closed from March to September, opened in October and have had ZERO cases in my workplace! How dare she do this to us.

Since we are talking about money…. in 2019 Contra Costa supervisors’ annual base salary was $116,841

This could be enforced IF IT WAS THE LAW — which is it NOT! This stupidvisor is out of her mind! Who in hell elects these idiots?

You should resign! Or take a long walk off a short bridge!!