On Tuesday, the Contra Costa County Board of Supervisors agreed to a Memorandum of Understanding (MOU) that would assist the East Contra Costa Fire Protection District re-open the Knightsen fire station.

The MOU was created after a Fire Task Force was initiated by Brentwood City Manager Gus Vina and stakeholders to find a two-step solution by finding both short-term and long-term funding sources as the Districts financial woes causes station closures and firefighter layoffs.

As part of the MOU, the County is responsible for providing a total of $311,617 to fund the County share of the agreement—in total, between the County, ECCFPD and the cities of Brentwood and Oakley, $2.4 million in shared cost was negotiated.

David Twa, County Administrator, highlighted that the agreement is for a period of 18-months to allow the District to have a fourth fire station while they go back to the voters in hope they would support a willingness to move forward with property tax in some nature.

“The action by the Board in November included a number of recommendations that the existing board of directors would move from an appointed board to an elected board. There would be a citizens oversight committee. The District would change its name so there would not be confusion between our own fire district and this independent fire district. Finally as part of this recommendation, they would use the funding from the county to re-open the fire station in Knightsen,” explained Twa.

Twa explained that all of the other entities have agreed to move forward but did show some concern.

“We had hoped that some of these items would have legs prior to the Board having to approve the MOU but because of a number of factors that ahs not occurred, but we do have assurances,” said Twa. “That is the direction they are moving so we are recommending that the Board approve the MOU between all of the parties.”

“I can appreciate there is a timeline for these actions to take place, but its extremely critical that this Board affirm our belief that they are important to the success of this district. The outcome of this effort remains extremely uncertain, very unknown, yet we know we have public and property being protected by firefighters working hard to keep everybody safe,” explained Piepho. “The important action before us is to open a 4th station and that is critical to safety and property protection for all interest and stakeholders. I want to seek from the board communication back to the East Contra Costa Board that we emphatically want to see pursuit of the actions that we sought, including the independent district status, the name change, and the citizen’s oversight committee as not simply recommendations but actually requirements to fulfill the county requirements and concerns.”

Piepho said these are not personal objects to her, but an effort to gain public confidence, public ownership and a greater investment that already exists.

“These requests are requirements for the health and safety of the district and the community as we move forward,” said Piepho.

Supervisor Federal Glover said the County wanted some affirmation that there is going to be continued work to make sure the ECCFPD meets the commitments being made the county to ensure service for the district.

“I am fully supportive of this action,” said Glover. “But we don’t want to committee where we are starting to take over the responsibilities of that direct Board. I’ve stated before this will not be the first call, we have other problems within the county through the small stations and we are going to be hearing from Rodeo-Hercules real soon. So, as we continue to be supportive, let’s keep in mind there is a lot of need out there and people are going to be dependent on us to help. As we go forward, we must really affirm that the Districts are going to be owning up to their part and assure they are able to fully sustain these stations with revenues.”

Brentwood City Manager Gus Vina, spoke to reassure the Board of Supervisors, the conditions in the resolution from a couple months ago were included in the MOU.

Supervisor Candace Andersen stated she would be supporting this motion even though she was the lone “no vote” because of the precedent it sets in not being able to keep open CONFIRE stations.

“Nevertheless, I want this to be successful since the money has already been appropriated, I am comfortable with the direction this MOU is headed,” said Andersen.

Supervisor Piepho stated she would move the item with the specific clarification that Item 5 is a requirement by the governing Board of the Fire Protection District.

The Board of Supervisors voted 5-0 in favor of approving the MOU.

The approval now allows the ECCFPD to move forward with hiring firefighters and the Knightsen fire station is expected to re-open sometime in the Spring. It’s unclear of the timelines of when the ECCFPD will implement requirements made by the Board of Supervisors. 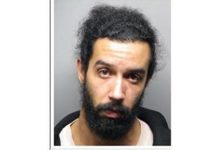