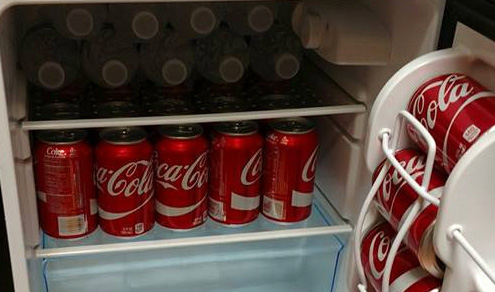 On Thursday, the California State Senate voted 21-11 to move forward with a bill that would place warning labels on sodas and other sugary drinks sold in California.

The bill, SB 347, was authored by Senate Bill Monning, which was introducing in February which would:

This bill, commencing July 1, 2020, 2021, would make the first violation of the provisions described in (1) above, or regulations adopted pursuant to those provisions, result in a notice of violation, and a second or subsequent violation punishable by a civil penalty of not less than $50, but no greater than $500.

This bill would also create the Sugar-Sweetened Beverages Safety Warning Fund for the receipt of all moneys collected for violations of those provisions. The bill would allocate moneys in this fund, upon appropriation by the Legislature, to the department for the purpose of enforcing those provisions.

Specifically, SB 347 would require beverages with added sweeteners that are 75 calories or more per 12 ounces to have the following safety-warning label.

On March 28 when the bill passed out of the Senate Committee on Health on a 5-1 vote,
Senator Monning  said, “Consumers have the right to know about the adverse health impacts of the sugary beverages they purchase. A health-warning label provides science-based information that will inform consumer choice and lead to better health outcomes for all Californians.”

Comprehensive public health research has shown that sugar-sweetened beverages are one of the main drivers behind the skyrocketing rates of preventable health conditions like obesity and type-2 diabetes. Sugary drinks are unique contributors to the obesity epidemic, as they are the single largest source of added sugars in the American diet, and are a major source of excess calories that often provide no nutritional value.

Senator Monning added, “SB 347 doesn’t take sugary drinks off the shelves, and won’t prohibit Californians from purchasing the beverages they want. It simply provides consumers with evidence-based health information similar to labels that have been affixed to alcohol and tobacco products for decades.”