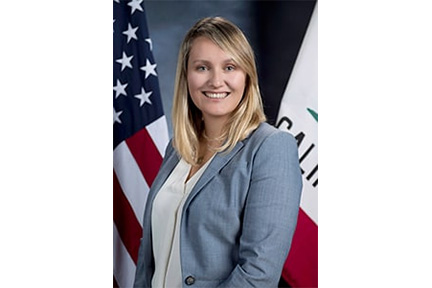 A bill that expand the definition of “family member” has passed the California State Assembly in a 53-16 vote this past week.

Under AB 1041, the bill would expand eligibility for benefits under the paid family leave program to include individuals who take time off work to care for a seriously ill individual related by blood or whose close association with the employee is the equivalent of a family relationship. The bill would make conforming changes to the definitions of the terms “family care leave” and “family member.”

Assemblywoman Buffy Wicks (D-Oakland) and author of the bill,  highlighted that today a majority of the families depart from the nuclear family model of married couple and biological children and now included those who aren’t biological or legally related—noting census data showing 18.4% follow traditional family structure.

“California Family Leave Laws continue to reflect outdated traditional family model and only allowing employees to take time off to care for narrowly defined family members,” said Wicks. “This policy gap disproportionately impacts the LGBYQI community. California has the fourth largest LGBTQI population in the US and many members of this community do not have relationships with their biological relatives. Therefor, they are less likely to have biological support and rely on their chosen family instead.”

She called California behind on modernizing their language—like Oregon, Connecticut, New Jersey, Colorado and 8 other localities have similar laws on their books including Los Angeles.

“It’s time for California to join these other jurisdictions and ensure that residents have the right to care for their loved ones, regardless of their blood or legal relationship,” said Wicks.

Assemblywoman Rebecca Bauer-Kahan, a co-author of the bill, said that California is filled with many diverse, multi-generational families, where this body has made efforts to ensure that grandparents and other biological relatives who care for individuals can take that leave.

“It isn’t always the biological family that is there to care for children when they are ill or in need,” said Bauer-Kahan. “Personally my parents left their home state to be a part of silicon valley was going to come. They had no family around, so it was my Diane, not actually my grandmother but was the grandmother in my life. When my mom wasn’t available, it was my Diane that took care of me. I would have been her designated person and each of us know someone like that be it LGBTQ or individuals far from the homes they were raised and they deserve the same rights as everybody else.”

Bauer-Kahan also pointed out the author of the bill, Wicks, thought about the impact this would have on business and said the scope was narrow and the people had to be identified so its easy for business to follow and avoid litigation.

“I love California values that we appreciate people for who they are and we accept themselves, their expressions and their family networks,” said Ward. “I love that we are very thoughtful in thinking about employee-employer benefits like paid family leave, sick time and others so we have the flexibility so that people can care for their family members and I love that this bill actually connects the two. Its important that we modernize this statue that we are reflecting particularly those in the LGBTQ community but others that don’t have traditional, biological relatives, but rather chosen family that have been a part of their lives and for all intents purposes have been equal in that relationship structure.”

He called for the benefits to be made available to them in their time of need and connects the California values that will help California families.

The CALChamber has already labeled the bill one of its 2021 job killer bills saying the bill would significantly expands multiple existing leave requirements in California that apply to employers of five or more, including small employers with limited employees who are struggling as a result of the pandemic, by allowing an employee to designate any person for whom they would like to take the leave, and subjecting the employer to costly litigation under the Fair Employment and Housing Act or the Labor Code Private Attorney General Act (PAGA), for any alleged interference, interruption, discouragement, or denial.