27-year-old Oscar Aguilar-Campos was detained, arrested and booked into the Martinez Detention Facility 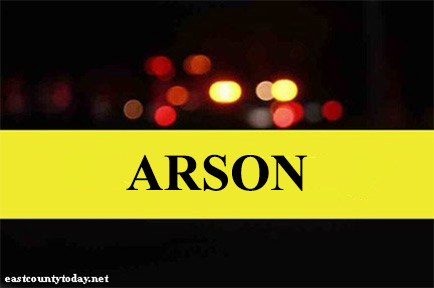 Walnut Creek Police Thursday arrested a man suspected of starting a series of small fires at a variety of city locations throughout the day. 27-year-old Oscar Aguilar-Campos was detained, arrested and booked into the Martinez Detention Facility.

The first 911 calls came shortly after 5:00 a.m. when Walnut Creek Police and the Contra Costa County Fire Protection District (Con Fire) responded to three separate dumpsters on fire in the downtown corridor over the period of one hour. They were quickly extinguished, and no witnesses or suspects were located.

Around 11:40 this morning, WCPD received a report of fabric on fire near the Lesher Center for the Arts. Con Fire quickly put that fire out, and within minutes, WCPD received multiple calls of additional small fires, including one inside the Walnut Creek Library. Four small fires had been set inside the library, two in trash cans, one on a chair, and one involving a book. The library was evacuated, and no one was hurt. The library reopened around 2:30 this afternoon.

WCPD located a witness who was able to give officers a description of the suspect. Patrol and plain clothes officers searching the area found Aguilar-Campos walking downtown. Con Fire’s arson investigators are working closely with WCPD and will be presenting this case to the District Attorney’s Office for review.

If anyone has any information about any of these fires, please contact the Walnut Creek Police Department at 925-943-5844.**

Medical Board President Confronted by Anti-Vaccine Group in...

He must be from Antioch.