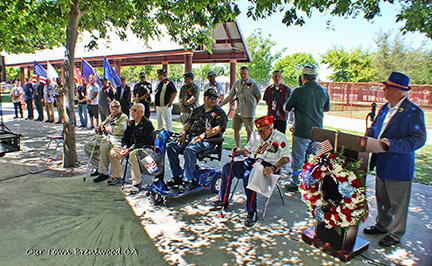 The ceremony will be hosted by Mayor Bob Taylor and members of the Brentwood City Council, along with a presentation by County Supervisor Diane Burgis. Also presenting will be Commander Steve Todd, from the Veterans of Foreign Wars Post 10789, Brentwood, with the posting of colors to be conducted by the Veterans of Foreign Wars Post 10789 Color Guard and the Delta Diablo Marine Corp League, Detachment 1155. 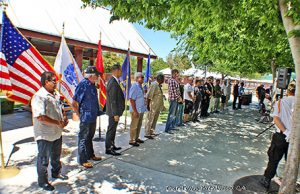 Each banner displays the official military photo of the service member or veteran, as well as their name, rank, and branch of the United States Armed Forces. 32 honorees representing the United States Armed Forces (Navy, Marines, Air Force, Army) will be displayed from Memorial Day until Veterans Day, after which time, each banner will be presented to the honoree or family member, during a future ceremony.

All honorees, applicants, family members, Brentwood residents, and visitors are invited to attend the unveiling.  Veterans Park is located at 3841 Balfour Rd., Brentwood.

Brentwood Police Respond to a Stabbing on Maple Street