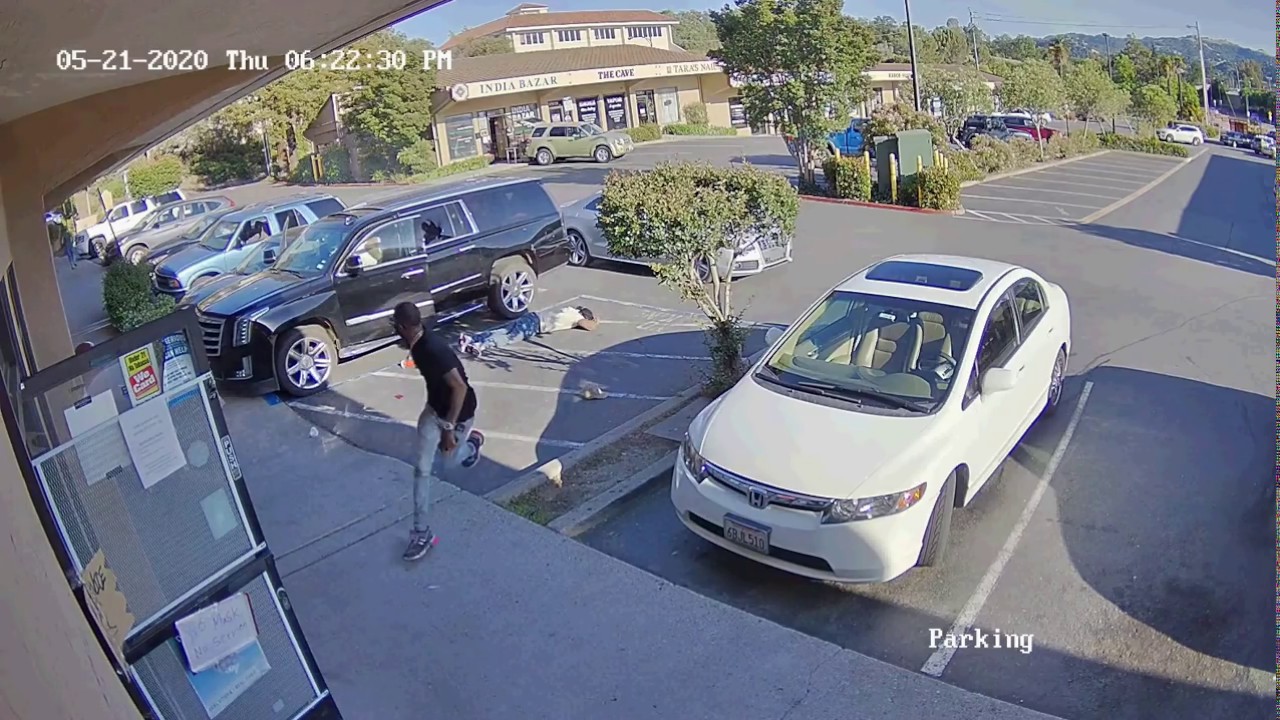 The Walnut Creek Police Department is asking for the public’s help in identifying two suspects involved in a shooting that occurred in the 1200 block of Newell Avenue. On May 21, 2020, at approximately 6:23 p.m., the Walnut Creek Police Department responded to the report of gunshots heard in the area of the 1200 block of Newell Avenue.

Officers arrived on scene and located bullet casings, shattered glass and drops of blood in the area.

At approximately 6:36 p.m., officers learned that two adult males were transported to local hospitals for gunshot wounds related to this incident. Both males sustained non-life threatening injuries and are in stable condition. Further investigation revealed that this incident occurred in the parking lot of a business in the 1200 block of Newell Avenue. Officers located video surveillance of the parking lot, which showed two suspects armed with handguns approach the passenger side of a parked vehicle.

At the time of the incident, one victim was seated in the passenger side of the parked vehicle. The suspects, who were wearing face masks, immediately shot at the victim. The victim was struck at least one time.

The driver of the parked vehicle, John Rankin, returned fire at the two suspects and struck an innocent bystander, who was seated in a nearby vehicle. The shots fired by Rankin also struck a second vehicle that was parked in the parking lot. The suspects fled the scene in an unknown make and model vehicle. At this time, the suspects have not been identified.

As a result of the investigation, John Rankin was arrested for Assault with a Deadly Weapon and Shooting into an Inhabited Vehicle.

Today, the Walnut Creek Police Department is releasing this video and asking for the public’s assistance in identifying the suspects. At this time, a motive for the shooting has not been determined.

If anyone has information regarding this incident please call Detective Leonard at 925-256-3523.

Upcoming Part Two Of The Escalade Wars Will Include:

Learning how to aim and properly neutralize your Target.

I wonder if Lebron James is “outraged” by this