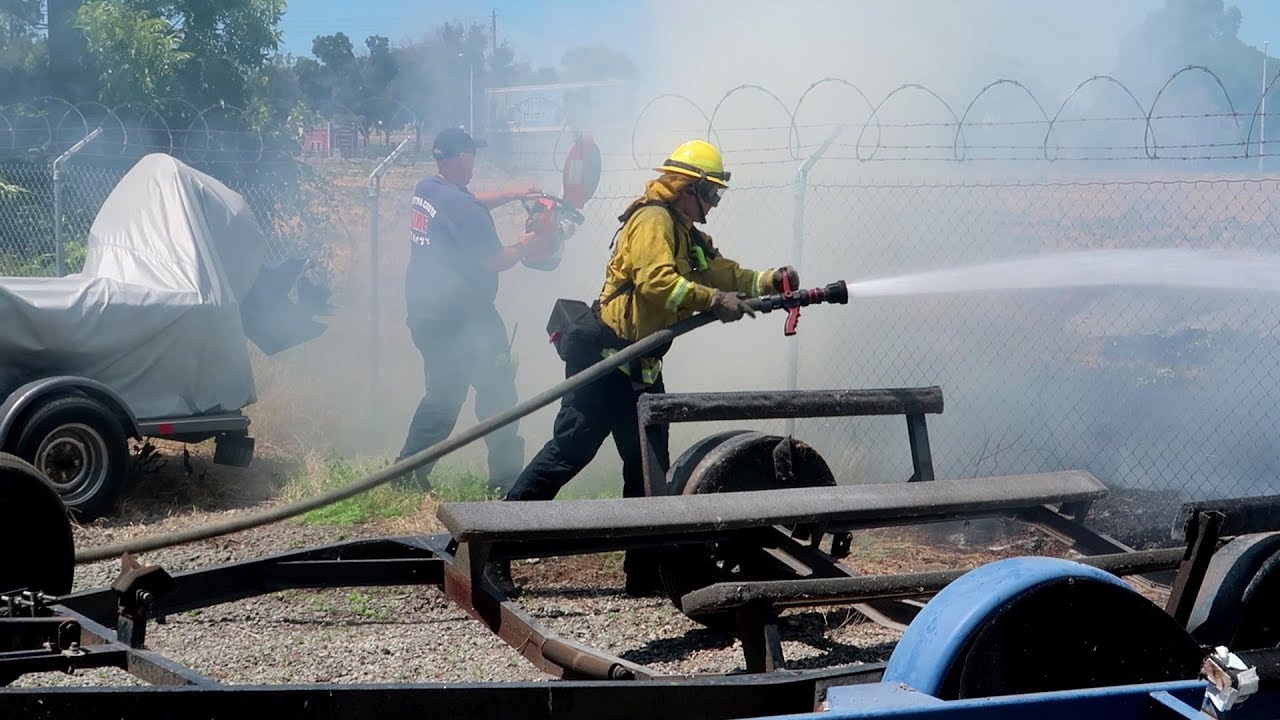 At 2:17 pm Saturday, Contra Costa County Firefighters responded to a report of a vegetation fire behind Inland Marine on W 10th Street in the City of Antioch.

The fire was reportedly started by homeless behind the business who were seen fleeing from the scene prior to police and firefighter arrival. The small vegetation fire threatened several boats and trailers near the fire and it even began burning wheels of some of the trailers.

Staff at Inland Marine quickly moved some of the boats out of the way so fire crews could make quick access upon arrival.

Crews limited the fire to a little over 1/10 acre and was out by 2:45 pm. Aside from a fence that had to be cut for firefighters to make access, no other property was damaged.

Update: Suspect in Custody After Shots Fired Near...

Antioch City Council to Vote on a Rent...

THIS IS IT! Enough of this nonsense! We’ve been complacent with this scum! They have to be driven out! One way of the other! Everyone has to be involved to make sure this is done! Are we going to wait until they burn this city down?

The people who spotted them setting the fires, should have gotten others to accompany them and chased down those bums and held them for the police. Use whatever means possible to catch them. If this isn’t stopped, then the next time things will get much worse for the arsonists. Get my drift?

Ya, run em out of town and replace them with illegals. The protect the sanctuary declaration after we provide free healthcare.

When will civic leaders come to reality?

jb – No one discussing replacing any homeless with illegals or anyone else. If we want our city saved from arsonists, we have to take action ourselves, not wait for civic “leaders” or the police to do the job.