The Concord Police Department is investigating a deadly shooting that occurred Friday night at around 11:15 pm at the Motel 6 on Clayton Road in the City of Concord.

Police responded to a report of shots fired and located a male victim suffering from gunshot wounds.

Police say he was taken to John Muir Medical Center in Walnut Creek where he later died. Police are still investigating the incident. 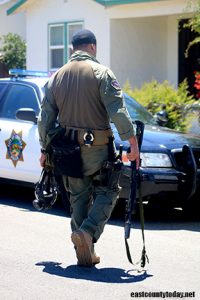 Adam Renfroe, a 32-year-old Brentwood resident and Robert Brown, a 40 year-old Bay Point resident have been identified as suspects in this case. Both have arrest warrants for murder. Brown was tracked to a home in Bay Point and Concord SWAT members served a search warrant at the home this afternoon. Neither suspect was located.

Both Renfroe and Brown are considered armed and dangerous.

If you see these suspects or know of their location, please do not approach them and immediately contact your local police department or call 911.

This case is still in the preliminary stages and no additional information will be released at this time. Anyone with information about this case is asked to contact Detective Kevin Giacoletto at (925) 671-3040 or the Tip-line at (925) 603-5836.

They look like douche bags so go check red caboose, prov, or ABC rendezvous lots of douche bags there. Hope you find these fuck tards

Just a couple cowards!!
Hopefully they just get dead!

Did they find these two inbreds yet?